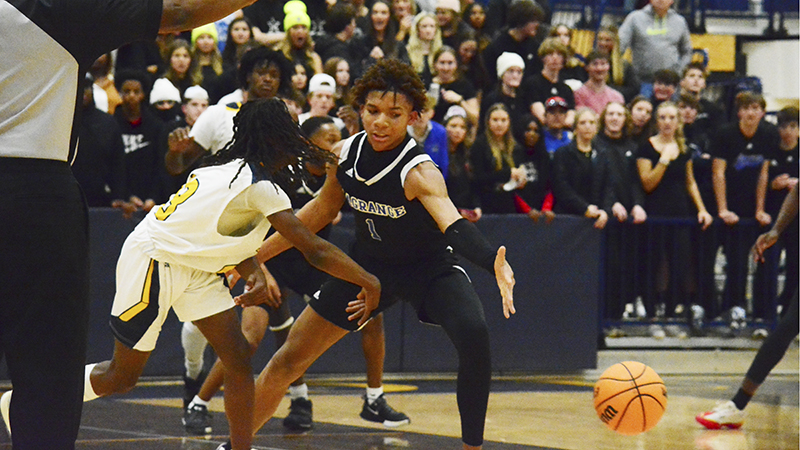 By Ayaka Kimura
Special to the LaGrange Daily News

The LaGrange boys kept their undefeated region record alive Friday night with a 56-41 victory over Troup.

Troup started the first quarter strong with a 3-pointer from Bop Tucker. However, the Grangers fought back to only trail by one point, 13-12. The game was tied 19-19 at the half.

Garrett Jacobsen scored 7 points in the first half for the Grangers, with five of those coming from the free throw line.

In the third quarter, LaGrange started pulling away, taking a 45-32 lead. Devin Dowell, Tristan Smith and Garrett Jacobson led that charge for the Grangers.

LaGrange is now 5-0 in region play.

“Nerves on both ends, we didn’t play well the first half, but we were able to settle

down and play better the second half,” said LHS Head Coach Mark Veal.

Tucker had an outstanding game with 13 points for the Troup Tigers.

Jacobsen ended up with 17 points for the Grangers. Smith added 13 points Dowell had 11.

LaGrange will travel to Columbus to play their next

Troup will also travel to Columbus to play its next region game Friday, Jan. 21th, against Jordan High School.