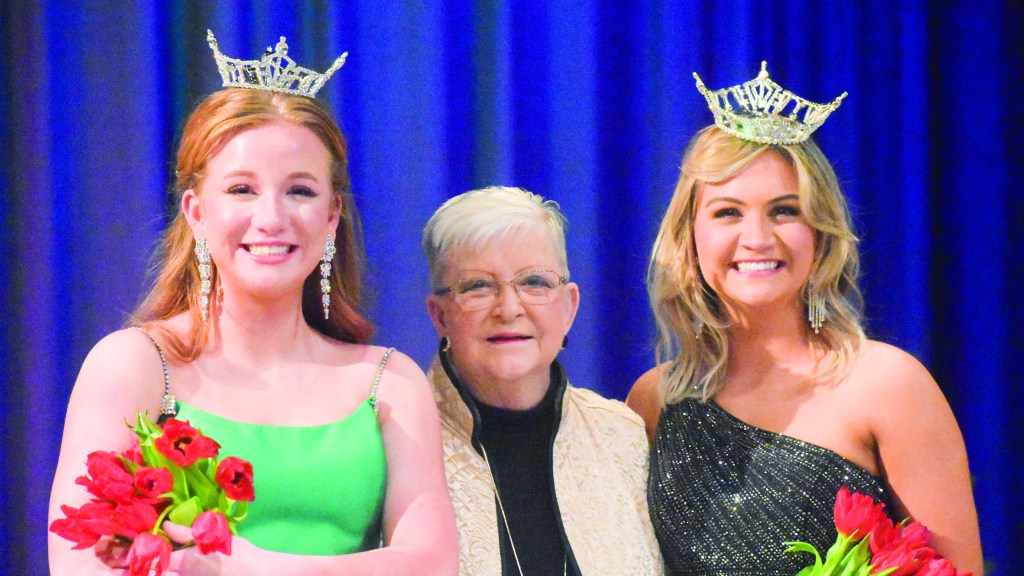 Other than the low hum of the music playing within the Troup High School Fine Arts auditorium, the room was completely silent as the winners of Saturday’s Miss Troup County’s 46th annual scholarship competition and 26th annual Outstanding Teen competitions were announced.

The nine competitors held their breaths in anticipation, some of them already clutching preliminary awards earned earlier in the night. 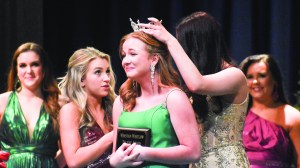 Both have the opportunity to compete for the 2022 Miss Georgia and Miss Georgia Outstanding Teen Scholarship completions in June.

The two ladies competed alongside seven other competitors to demonstrate poise and grace through skills and balance as well as public speaking. Both were congratulated and crowned by the former 2021 Miss Troup County and Miss Troup Outstanding Teen winners, Ansleigh Williams and Isabella Singleton, respectively.

For Taghon, the win was exceptionally surprising as the Miss Troup County pageant was her first-ever competition. She also won the preliminary award for Miss Talent for her jazz dance performance in the talent portion of the competition.

“I learned I was competing in [Miss Troup] a month ago, so I’ve only been preparing for a month as well,” she said. “But I knew this was a title that I wanted to win and I’m really excited.”

Taghon is planning to use her new title to continue to push for better resources for the nearly 23,000 children who are pushed out of the foster care system every year when they turn 18, the basis of her social impact project required for the competition. Taghon noted that most of those individuals are immediately homeless and have few if any options to help them find stability. 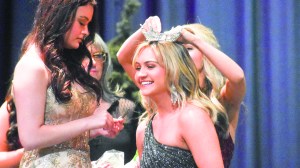 Taghon was one of five competitors directly vying for Miss Troup County, which included a $400 educational scholarship and a $250 Miss Georgia Pageant Preparation Award scholarship.

Albrecht on the other hand had a touch more experience than her fellow winner, as Saturday’s competition was her third time competing in a competition like Miss Troup, she said.

“I really can’t explain the feeling, it’s really something you have to experience for yourself,” she said following her win. “I am really excited to see what the future holds. I feel like I’ve grown from every experience, and I think I will continue to grow now that I have this title.

Albrecht is a catalog model for American Girls and has starred in over 20 musicals.

Along with Miss Troup County’s Outstanding Teen, Albrecht won the preliminary Teen Talent award for her rendition of “Home” from the “Beauty and the Beast” Broadway adaption. Albrecht was one of four competitors directly vying for Miss Troup County’s Outstanding Teen, which included a $300 educational scholarship and a $200 Miss Georgia Pageant Preparation Award scholarship.