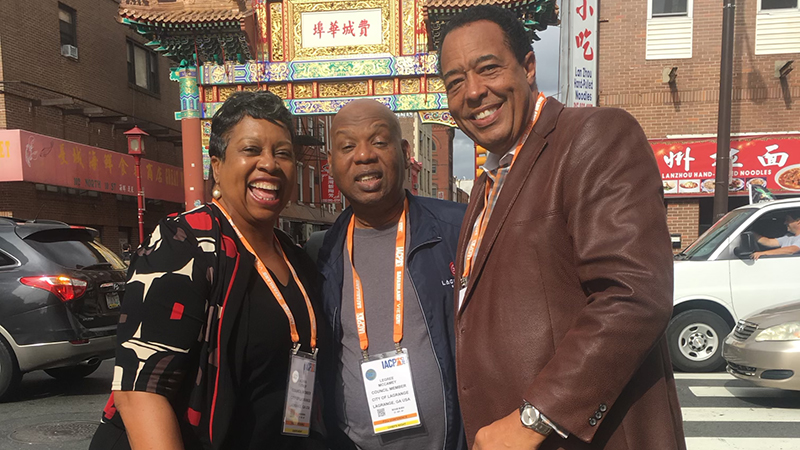 In a trip for the city of LaGrange, Norma Tucker (left), LeGree McCamey (center), and Reverehd W.T. Edmonson posed for a picture. (Photo/Contributed)

When citizens walk by LaGrange City Hall this week, they will be greeted with two white ribbons and a flag at half staff in honor of Councilman LeGree McCamey.

McCamey passed away Thursday morning and will be remembered as a strong man who helped push LaGrange and Troup County toward the future, as noted by his fellow councilmembers and other city staff.

The Rev. W.T. Edmondson said he cannot pick just one moment from McCamey’s career because there were so many.

“We pushed for Great Wolf, that was a great moment,” Edmondson said. “Getting our city manager hired, that was another great moment for us. There are so many great moments that we were able to get. I am at a loss for words.”

City Manager Meg Kelsey said she will always remember when the mayor and council visited the Greenbelt trail in Carrollton in 2016. She remembers McCamey’s excitement and passion for potentially providing the LaGrange community with a similar trail system.

“He spoke to me about his passion for parks and the trail and also reminisced about his college days in Carrollton. As a new city manager, I was so impressed with his vision and getting to know him on a more personal level,” Kelsey said. “I will never forget the support and encouragement that LeGree provided to me during my tenure at the city. I will greatly miss him.”

“It was the first time I’d traveled with him, and it gave us a chance to talk about our childhoods, our shared interests, and our mutual concerns. I already had a lot of respect for LeGree, but it just deepened as I got to know him better,” Thornton said. “He was an incredibly thoughtful person with a rich and varied life experience and a great story to tell.”

Edmondson said he hopes whoever ends up in McCamey’s position on city council will remember his legacy.

“I hope whomever gets his position will see the importance of working together for one common good of LaGrange and know how important it is to listen to your constituents,” Edmondson said. “Try to do the best you can as he has done for his district.” 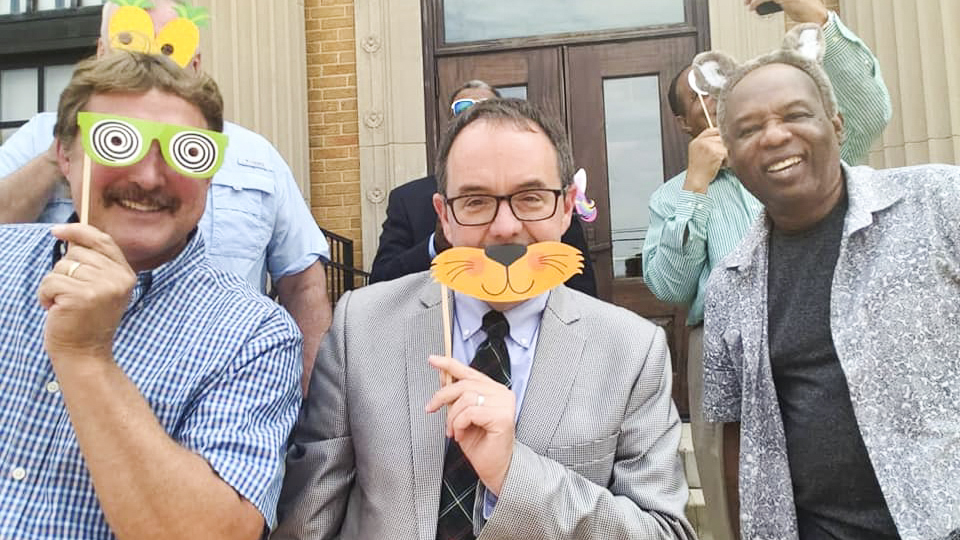