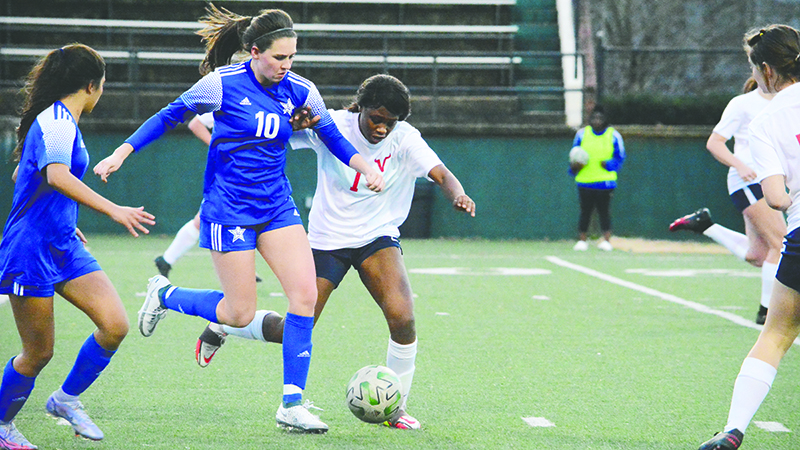 Sam Cottle scored in the first seven minutes to give LHS the lead. However, 13 minutes into the first half, Katy Enlitch scored for the Vikings.

Keeping up with the Lady Vikings, the Grangers surged back with a goal by Cottle five minutes later, assisted by Ava Arrington. After her goal, the Vikings came back stronger and finished the half with two goals by Adelee Christenson and Lizzie Knight widening the margin 3-1.

The second half started off quiet for both teams until Christenson scored for the Vikings 11 minutes in, followed by two additional scores from Enlitch.

Although it was an uphill battle for the Grangers to come back, they fought hard and earned one last goal by Karley Perry with seven minutes left in the second half.

“It was a very ugly game, we have a lot of growing up to do in certain positions. I feel that we did not do ourselves a favor, and we did not take our chances when it came,” said LHS Head Coach Jon Callahan. “It’s never easy getting a new coach and getting used to different ways people know about things, but we will be much better on Friday. I believe in this team’s ability to analyze and process to make the transition, which is not always simple, but this team has that and I am blessed to have a smart group of kids.”

The Lady Grangers will play a non-region game against Northside on Friday.