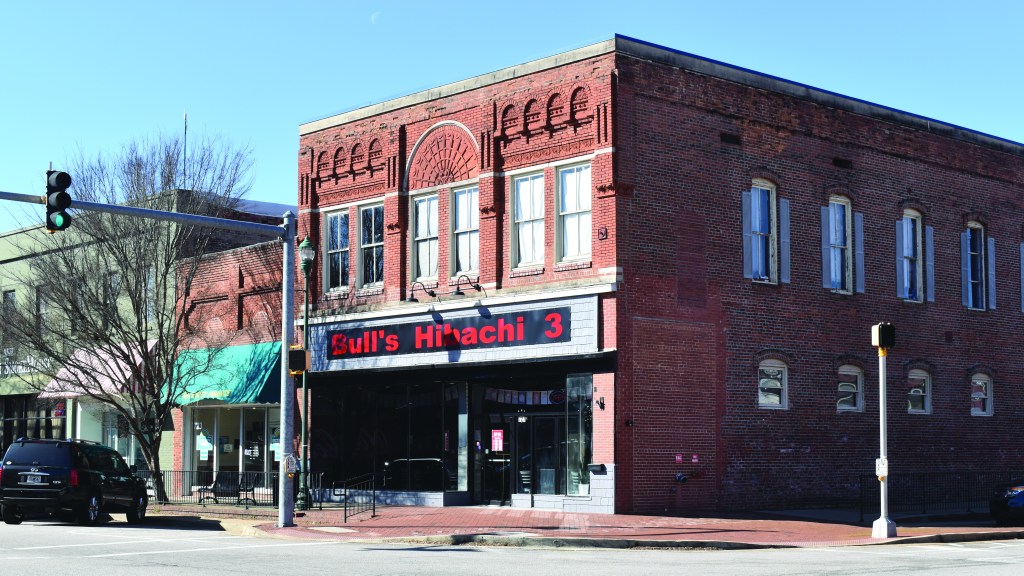 WEST POINT – Wednesday was the opening day for the new Bull’s Hibachi 3 restaurant at 727 3rd Ave. in downtown West Point. Several of the tables were occupied in the morning and mid-afternoon, and customers approached the counter for take-out.

The new location is the third in a chain, its two predecessors being in LaGrange. Each Bull’s Hibachi location has an Asian-style menu with appetizers such as spring rolls, soups and salads, fried rice, lo mein noodle dishes, sushi, and of course, various hibachi grill dishes.

The three Bull’s Hibachi locations are owned by Fiona Cao and her husband, Joe Zhou. Cao said it took two years to get Bull’s Hibachi 3 up and running.

“Normally… see, LaGrange, it would take like three months at top,” Cao said.

She said the process to get open in West Point was more difficult than her past experiences. She and her husband didn’t know what to expect when they bought the building; they figured it would be easy to set up, as it had been a restaurant before.

Cao said she dreams of establishing 10 more locations. She explained what drove her and her husband to open their own restaurants.

“[We’ve been] doing hibachi for a long time,” she said. “My husband [has worked in the sushi business] for over 15 years. Why don’t we just have a restaurant instead of working for someone else?”

Cao said she enjoys running the restaurants and seeing people happy with their food. The dine-in experience, she said, is relaxed and ideal for people on their lunch breaks. The most popular menu items are the hibachi grill dishes and sushi, she said.

The interior of the restaurant is roomy with a neutral gray color scheme and low lighting.

Customer Steven Stuntz said he ordered the Hibachi Triple with steak, chicken and shrimp, which he called delicious. He said he’d definitely come back again. Across from him sat Elizabeth McClendon, who had ordered Hibachi Chicken & Steak. She also said she’d be returning.