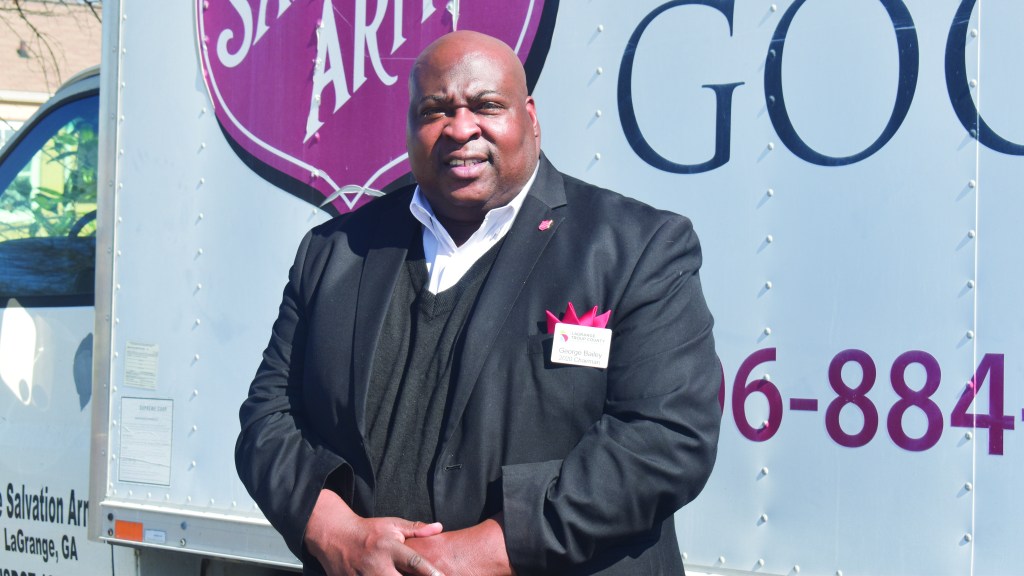 George Bailey, who has served on a variety of boards and committees in the Troup County area, added a new title to his resume this week.

Bailey was elected as chairman of the Troup County Salvation Army’s advisory board. With this new role, the Hogansville resident plans to help spearhead several of the organization’s various programs and initiatives ongoing in LaGrange, and hopes to push for more in neighboring cities such as Hogansville and West Point.

“I want to [move us forward] and make us more visible in our community,” Bailey said. “There’s a lot of stuff that we can, and need, to upgrade.”

Bailey has worked with the Salvation Army for three years as the advisory board vice chairman, he said. The advisory board sets up the fundraising efforts and program support for the organization.

One of the more recent projects he’s collaborated with is the launch of the Salvation Army’s satellite location in Hogansville. This location at the Grace Covenant Worship Center assists residents with financial emergency services assistant.