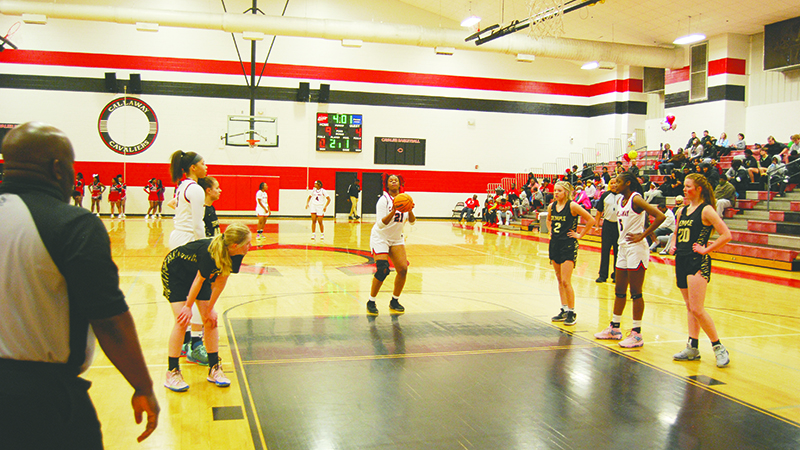 The Cavaliers shut out the Tigers in the second quarter as they stretched their lead up to 31-8 at the half.

Callaway went into Temple’s home arena and dominated them with a 61-25 earlier this month.

Callaway’s swarming defense left few holes for Temple to exploit. Head Coach Deyano Martin had his ladies playing a full-court press that the Tigers could not break down.

Martin barked out “spring the trap” as his ladies pressured Temple into turnover after turnover.

It was senior spotlight night for the Cavaliers, but it was Sophomore Jazmin Thornton carrying the load on offense. After an anonymous first quarter, in which she was scoreless, she scored 6 points in the second before exploding for 14 of the team’s 19 points in the third quarter to finish with 20 points.

Thornton is the leading scorer for the Cavaliers on the season and showed her offensive versatility by knocking down two 3-pointers in the third quarter.

Callaway was coming off a rough loss to East Coweta in its last game, but righted the ship = to improve to 13-4 overall and a perfect 5-0 in the region. Callaway’s next game is Tuesday Feb. 1 at Haralson County.