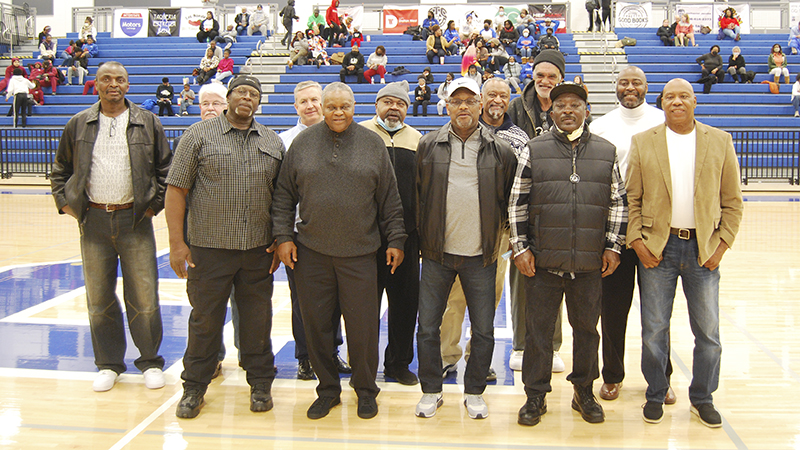 It’s been 45 years since LaGrange High School hoisted a banner for a state championship in basketball. Four of the players and coaches from that 1977 team have since passed on. Those that remain have seen loved ones pass away and their hair turn gray, but the team’s chemistry remains strong.

On Saturday, the illustrious team gathered for the first time since 1977 to celebrate and reminisce. Packed into the Red Rooster Buffet, memories were shared, tears were shed and bread was broken.

The players led by former captain Kerry Cofield shared stories and memories about times long passed. The common theme: love and appreciation for everybody in the room and those who did not live to see the day where everybody reunited.

Some of the players have stayed in touch over the years, but for the majority this was the first time seeing their faces in over 40 years.

Conversations flowed, inside jokes commenced, and for three hours it felt like 1977 again for the people in the room.

After their luncheon ended, the team was treated to a tour of the athletic facilities, a far nicer setup than they were accustomed to back in 1977.

The team was then taken over to the gymnasium to see their legacy on full display as they watched the current LaGrange Grangers boys basketball team play a game.

At halftime of the boy’s game, current athletic director Mike Pauley introduced the players to a warm reception from the hometown crowd. Pauley knows how hard it is to win a state championship; when he was head basketball coach he led the Grangers to an undefeated season in 2009 but lost in the championship game, ensuring the 1977 squad as the last state championship-winning side in boys’ basketball.

If Cofield has his way, this will not be the last time these gentlemen gather under the same roof.