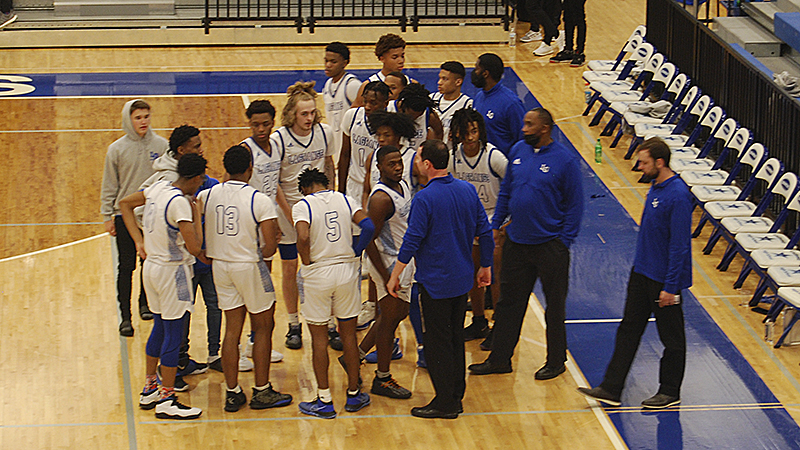 The LaGrange High School boys basketball team put on a show en route to a 76-49 victory over the Carver Tigers.

The shadow of the 1977 State Championship team loomed large as members of the team were in attendance to celebrate the 45th anniversary of them lifting the trophy, but the current Grangers squad was more than up to the task.

After a slow start with the teams tied at five three minutes into the game, the Grangers rattled off 11 straight points over the next three and a half minutes to take command. The team never looked back as they were able to stretch their lead to 10 points at the half.

Fueled by head coach Mark Veal’s fiery intensity on the sideline, the Grangers turned up the heat in the third quarter outscoring the Tigers 23-13.

Junior Guard Devin Dowell canned five three-pointers on the way to a game high 26 points. The Tigers did not have an answer for him as he made five buckets from inside the three-point line as well.

Even in the waning moments of the game with the win no longer in question, Veal barked out at his players to stay focused.

This was a big victory for the Grangers as it allowed them to keep their second-place spot in the region. With only four games left to go in region play, every game means that much more with the playoff seeding still in the balance.

The Grangers moved to 17-4 overall and 10-2 in the region and take on the bottom team in the region standings, Jordan, on Feb. 4.