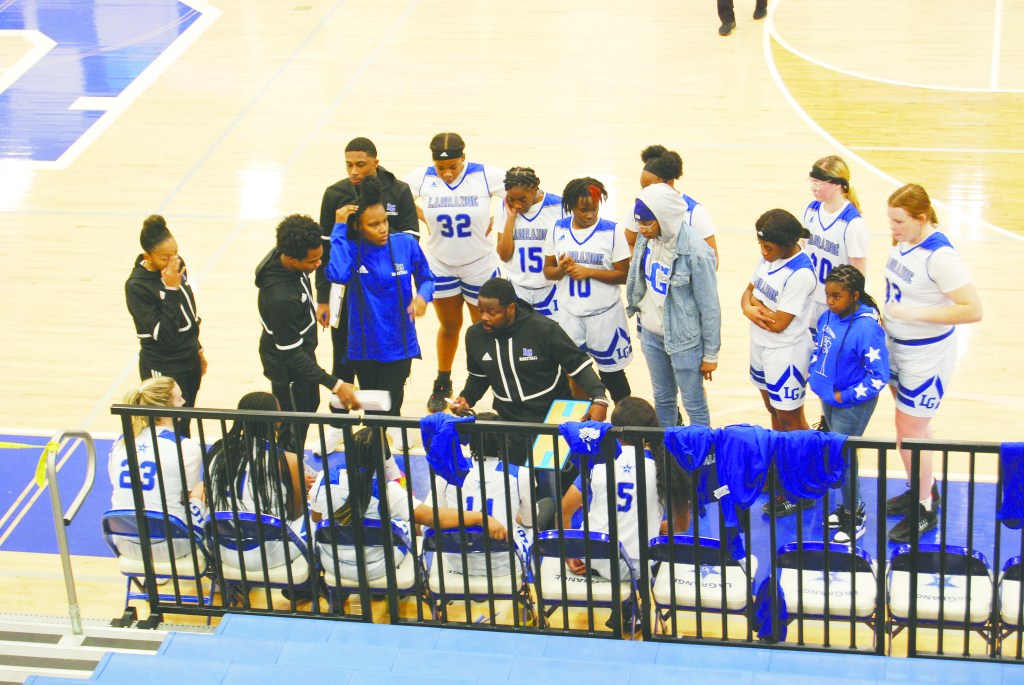 The LaGrange High School girl’s basketball team was dominated by Carver for the second time this season by a score of 80-24.

The Grangers got off to a quick 2-0 lead in the first minute of the game, but after that it was an onslaught of buckets for the visiting Carver Tigers. The opening basket was the only lead LaGrange had in the game as Carver went on a 27-2 run to close out the first quarter.

Grangers head coach Stephen Tuck called a timeout just a minute and 21 seconds into the game as he was unhappy with his team’s lack of hustle on transition defense.

The Grangers had a tough time breaking down Carver’s full-court press, which forced LaGrange into turnover after turnover.

Turnovers combined with an inability to grab rebounds consistently gave Carver far too many easy chances.

LaGrange did not even crack double digits until Junior guard Brittney Heard hit a shot in the paint with 37.7 seconds left in the first half. Heard carried the load on offense by scoring 12 of the team’s 24 points.

The second half was not much better for the Grangers as they were outscored 35-14.

LaGrange drops to 2-19 overall and 1-11 in region play. Their next game is against region foe Jordan on Feb. 4.