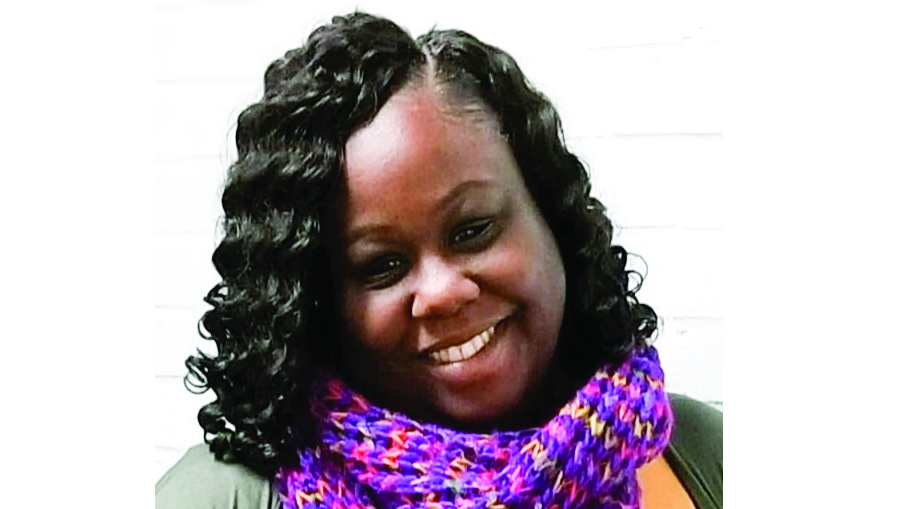 Tishana Hines started her career with a bachelor’s degree in criminal justice and a job as a juvenile probation officer.

However, she quickly realized she had a heart for children and pursued her master’s in education from LaGrange College. She is now a ELA teacher at Hope Academy and was nominated as her school’s Teacher of the Year.

Hines said teaching at Hope Academy is just like teaching at any other school for her and that it comes down to getting her students engaged with the material.

“I love it. It’s basically like teaching at a regular school for me,” Hines said. “We just have students that may have a little more going on as far as behavior-wise. Once they get engaged with the lesson and go with it, it’s just like normal. It challenges me to come up with more creative lessons.”

Hines said one of the ways she gets the students engaged is to relate a subject back to their life.

“I relate a lot of my stories, even the ones that are mandatory, we relate it to nowadays,” she said. “Right now, we’re reading ‘March’ by John Lewis and we’re reading ‘The Face on the Milk Carton.’ They’re actually interested because they didn’t know that faces went on the milk carton when children were missing. That’s what caught their attention.”

Hines said she makes sure to discuss issues brought up in books with her students and how they can apply it to their life.

“[One book] has issues of when to speak up, when not to speak up, [and] how you speak up. I really chose the book because it shows nonviolence. I wanted to show my students how their voices aren’t heard if they’re fighting,” Hines said.

Hines said her students all come to her classroom with different ideas of what their future might look like.

“A lot of my students want to do nursing. Some want to do football. One wants to be a veterinarian, and then there’s one that wants to own his own trucking company,” she said.

“[It is] a lot of students that want to explore more. It’s just a picture of variety. There are a lot of different types of students in my classroom, and I learn from them.”

Hines said she is aware of the stereotypes of Hope Academy, but she said they aren’t true.

“There’s a lot of people that think that there aren’t gifted students here, but I’ve taught three gifted students this year,” she said. “In reality, the school system just has certain things that you cannot do like even if you’re the best student in the world and you just happen to smoke a vape, you have to come to Hope Academy.”

Hines said she tailors her classes to her students to emphasize a connection with the material.

Hines uses her love for travel as a source of connection for her students and even brought in pictures from her trip to D.C. when discussing Martin Luther King’s birthday.

“I actually brought pictures from Martin Luther King’s birthday because I went to Washington, DC. I showed those pictures and how close I was to the monuments so that they know these are real, and they are actually there,” Hines said.

Hines said she hopes to establish a newspaper for the students at Hope Academy, so they can apply the skills learned in their classrooms.

“I want to get some of our kids involved in making a school newspaper. It’ll be for everyone at school. I actually want them to interview at least one teacher from the high school and middle school to get to know that teacher as well,” she said. “It will be fun for them to be able to go around and be outspoken.”

Hines said one of her proudest moments as a teacher was watching one of her students drastically improve their test scores.

“I had a student who was failing all of their classes take an assessment that they had taken the previous semester and [they] increased their score 142 points,” she said.

Hines said she wants to continue to help her students see the bright side each day.

“I’m always joking and laughing. I like to help my kids see the better side of things like yes you may have cried and everybody saw you today, but they know you’re human,” she said. “Now you’re human, and we all survive.”

Another proud moment for her was winning the TOTY nomination this year, but she said she is still looking for ways to improve.

“It was unreal because I’m like, ‘this feels good. But what can I do better now?’ I always try to improve,” Hines said. “That’s my proudest moment just to bring another light to the school [and] making Teacher of the Year because my school got recognized.”