Mobley takes over as LHS softball coach after Heath steps down 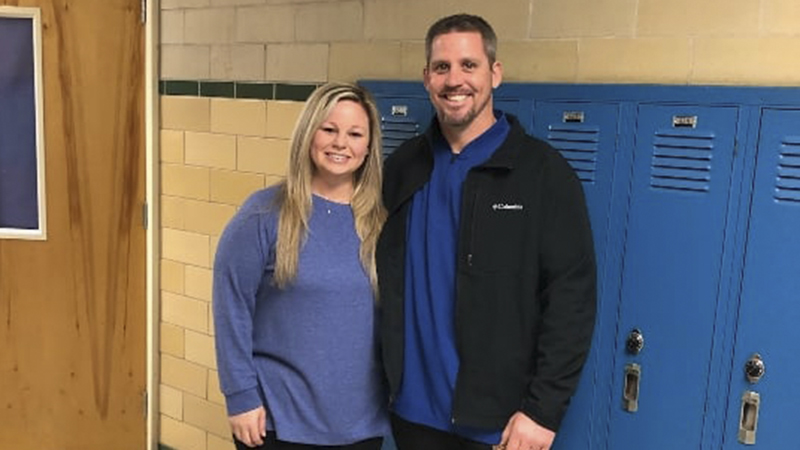 The LaGrange High School softball team recently promoted assistant coach Craig Mobley to head coach after previous head coach Gabby Heath stepped down to pursue a certificate in leadership and spend time with her family. Heath will remain in her teaching position at the school and will offer support to Mobley when and where she can.

Mobley has been the lead assistant coach for the Grangers softball team for the last five seasons. This will be the first time he has the position of softball head coach.

“[Mobley] is one of the hardest working people that I know. He wants to do a great job at everything he does,” Heath said. “He just genuinely loves LaGrange High School and the program.”

For Heath, she is truly heading into uncharted waters.

“I don’t know what life is like without softball,” she said. “I went from playing college ball to assistant coaching then to head coaching.”

Despite the change in coaching, the standards for the Grangers softball team remains the same.

In an email sent out to the player’s parents, Mobley reassured them that he does not have plans to change the program’s standards or expectations and he will be following Heath’s leadership model.

“Our main goal is not to go win the state title, that’s a byproduct of a bunch of different things that line up to that,” Mobley said. “We’re focusing on the individual and what that person needs support wise.”

Despite originating in Daytona Beach, Florida, Mobley has longstanding ties to the area.  He played baseball at LaGrange College and opened a local business that worked with young baseball and softball athletes. He started a position at LaGrange High School in 2017.

Despite his first game as head coach being over six months away, Mobley is already getting excited about the potential of his team.

“What I am super excited about, we’re super young, we had 12 freshmen in the program last year. Eight of them were rolling in as starters. Our ceiling is really high,” Mobley said.

In this transition period, it is not all X’s and O’s for Mobley. He has had to communicate with parents and the players in what has been an emotional time for the program. Heath had been a part of the program for nine seasons (three as an assistant, six as the head coach).