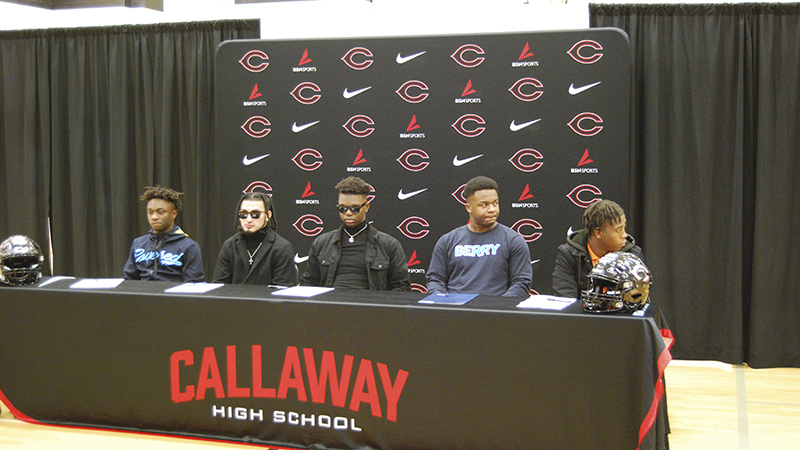 HOGANSVILLE-Tuesday was signing day for the Callaway Cavaliers as five players officially filled out paperwork to play college football.

The five signees and the college they are going to attend are:

These senior athletes were integral to leading Callaway to the first football state championship in 2020 during their junior season. These individuals were a part of teams that made four straight semifinal appearances. Over their four years at Callaway, the football team went a combined 46-9, the most successful four year span in program history.

Head coach Pete Wiggins introduced the students and discussed how important these individuals were to the 2020 championship team before passing the microphone off to the students.

Q Redding got the microphone first and hyped up the crowd when he unzipped his jacket to reveal a Phenix City Prep shirt underneath. The microphone was then passed along to the other players as they announced their decisions and put pen to paper. The players shared memories of their time at Callaway and thanked a wide variety of people, from God to family to their many coaches over the years.

“I want to thank God, my family, my coaches and my parents and all of y’all who gave me the opportunity to play at this school,” Smith said.