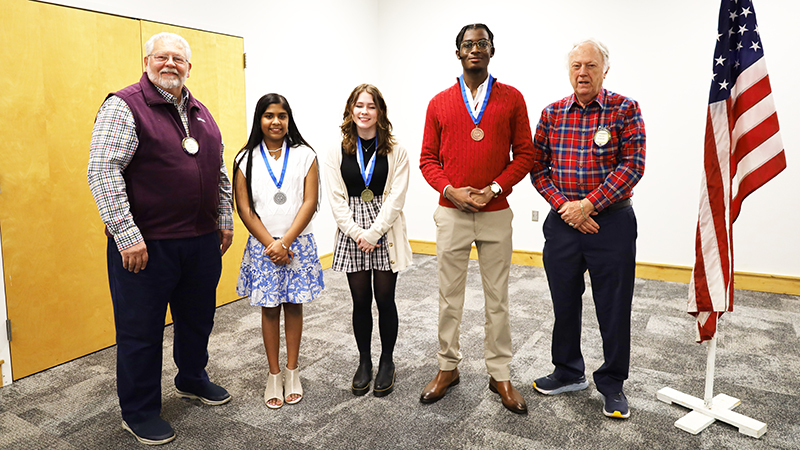 On Monday, the Optimist Club of LaGrange hosted its annual essay contest which has been hosted by our local club since the program’s inception. Students wrote a 700 to 800 word essay on the topic: “How does an Optimistic Mindset Change my Tomorrow?”

The top three essay writers were invited to present their work to the Optimist Club. Matthews was named the winner this year with Saju placing second. Dents placed third.

Matthew’s essay was “filled with thoughts of perseverance in the face of adversity and how an optimistic attitude can encourage those around us,” according to a press release from the club.

Optimist Club of LaGrange Vice President Hilliard J. Daniel Jr. said he was astounded by the submissions this year.

“All three of the students’ ability to express themselves, in their words, was really astounding,” Daniel Jr. said. “The thoughts and emotion they’re able to convey just simply through their writing is astounding every year, especially this year.”

The contest is available for all students in the Troup County School System under the age of 19.

TCSS assisted in the distribution of the topic and the essays were collected, then judged by three community partners.

Matthew’s essay will now move into the zone competition where she has the opportunity to advance to the district competition.

The overall district winner will win a scholarship for $2500.