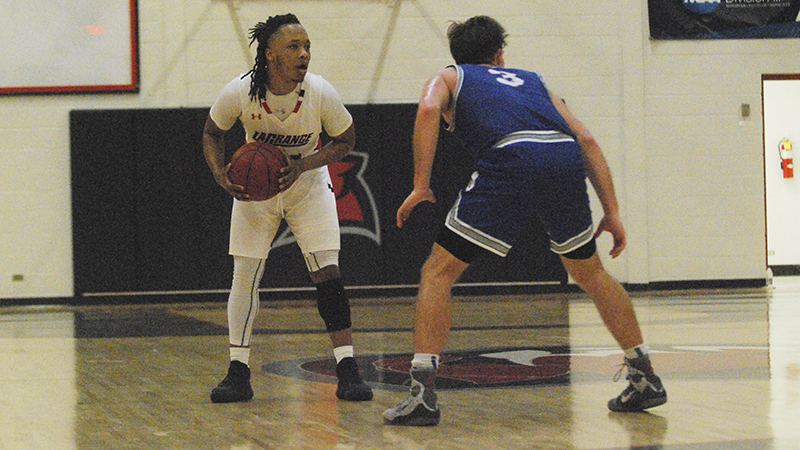 It was a disappointing game for the home crowd in Mariotti Gymnasium as the LaGrange Panthers fell to the Covenant Scots by a score of 80-70. It was a battle between the number two (LaGrange) and number three (Covenant) teams in the west division of the USA South Conference as Covenant overtook LaGrange in the standings with the win.

LaGrange escaped Covenant with a two-point win earlier this season but could not get the job done Saturday as they left their home court on senior night with their shoulders slumped.

Zac Hill led the way for the Panthers and was able to get a double-double in a losing effort. Bershard Edwards led the Panthers with 17 points, but only connected on one of his five 3-point attempts.

Kyle Brown splashed a jumper with 9:44 left to go in the first half to give the Panthers a 10-point lead. The Panthers followed this up with a scoreless streak of four minutes and 10 seconds to allow Covenant to get back in the game.

Covenant player Myles Jones nailed a three-pointer at the buzzer to cut the Panthers lead to two at the half.

After leading for the majority of the first half, the Panthers found themselves in a tight batte in the second half with neither team giving an inch.

LaGrange drops to 10-10 overall and 5-2 in conference play. LaGrange travels to play Huntingdon in their next game on Feb. 8.