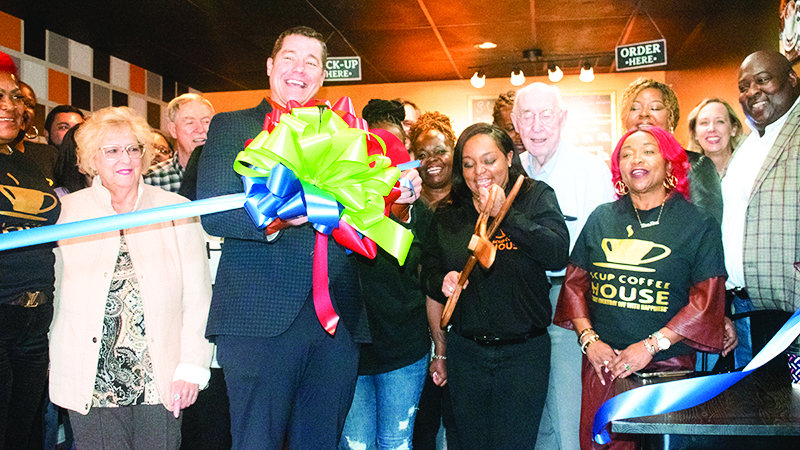 Editor’s Note: This is part of the LDN’s new series, Small Business Saturday.

Shaquita Robinson followed a solid rule throughout her life: work hard and good things will come.

The 31-year-old owner of S Cup Coffee House in LaGrange followed that rule to a tee, and with the successful opening of her business, it seems to have worked. However, it’s not just her success as a business owner that Robinson is proud of, but also the fact that she is one of the many African American business owners in the area. To her knowledge, she is currently the only African American coffee shop owner in Troup County.

“It does feel good to say that,” Robinson said. “I feel good because … we are not looked at as being capable of doing things. It’s not just a Caucasian thing, but Black people think like that too. That’s why when you open up that business, it is such a big deal that it is black-owned. It’s more celebrated.”

Robinson opened S Cup last November. Beforehand, she worked in several customer service jobs since she started working as a teenager. The ones that stuck out to her the most were coffee shop jobs.

“Some people become intimidated when it comes to fixing drinks, but when it became easier to me, I knew this is what I wanted to do,” Robinson said.

When Robinson decided she wanted to open her own business, she began the research and looked into available locations in the area.

She is currently renting a space at the Vernon St. Plaza and offers traditional hot and cold coffee drinks and sweets from Food Direct, a restaurant food provider. Her goal is to customize drinks to account for her customers’ preferences and allergies.

Robinson is currently a resident of the LaGrange Housing Authority. She noted that one the expectations that she has had to overcome being a “product” of her environment when it came to receiving housing assistance and living in low-income housing throughout her life.

“A lot of people think that once you’re involved with housing assistance, you’re not capable of doing the right thing, and they don’t expect [success,]” she said.

“A lot of people expect you to go down the wrong path or [stay] around. I had the opportunity to move away from that and create my own path.”

Robinson’s goal to work hard and succeed as a Black business owner is not only one she harbors for herself, but for her family as well.

She wants to continue to be an inspiration for her brothers and sisters, her two children and the other members of her community who need a shot of inspiration.