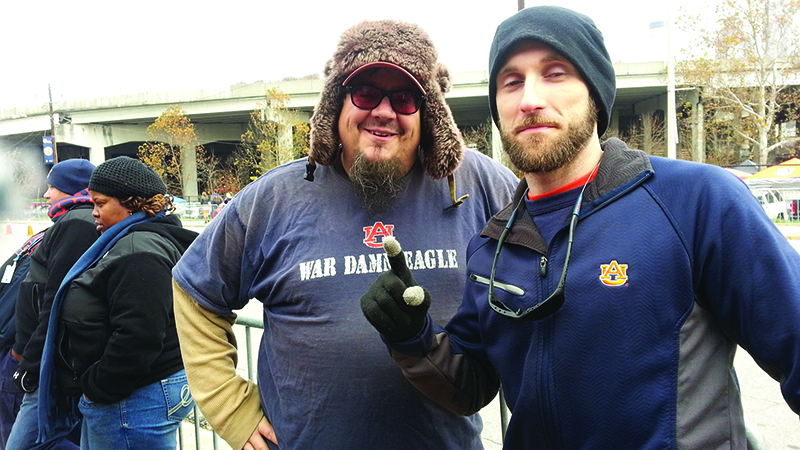 Marcus Mayfield, left, was known for his love of the Auburn Tigers. He shared this team with his friend, Ryan Slay, right. (Photo/Contributed)

The Troup County community is mourning a LaGrange High School teacher who died this week. Per his obituary, Marcus Mayfield II passed away on Wednesday at his residence. Mayfield was born on April 3, 1973, in Dadeville, Alabama and was a graduate of Auburn University, where he earned two bachelors of arts degrees in political science and history.

Aidan Blackwell remembers his friend as loyal and always jumping into help.

“Marc was a fiercely loyal friend, always willing to help when needed. He did so much for so many without people knowing because he didn’t care about fanfare; he just cared about helping,” Blackwell said. 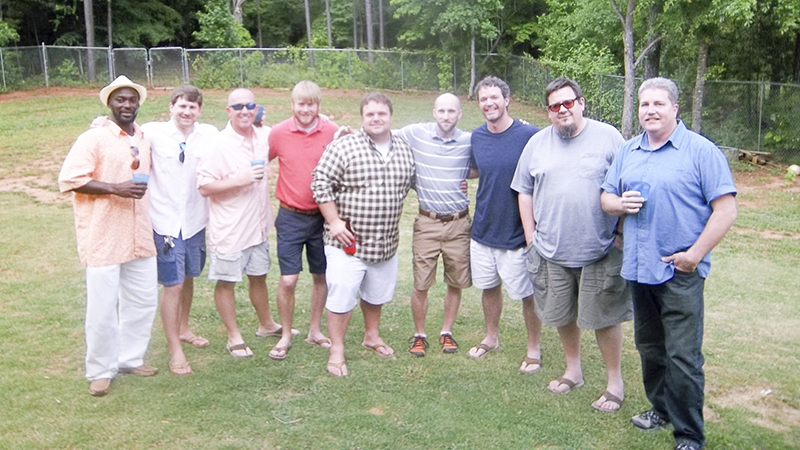 Emily Flowers, Service Club president for the class of 2016, said Mayfield was her service club advisor and that he always helped her when he could.

“He was such an amazing help to Service Club and everything we did. He was there for anything we needed and was always available to assist with extra projects,” Flowers said. “I was always so grateful for him and everything he did for the school and the community.”

Catherine Hall, another 2016 graduate, remembers Mayfield as fun and random. She even made him her senior quote for the yearbook.

“Mayfield’s class was as fun and random as [the] pictures,” Hall said. “We goofed off in there, but somehow managed to learn a ton about economics.” 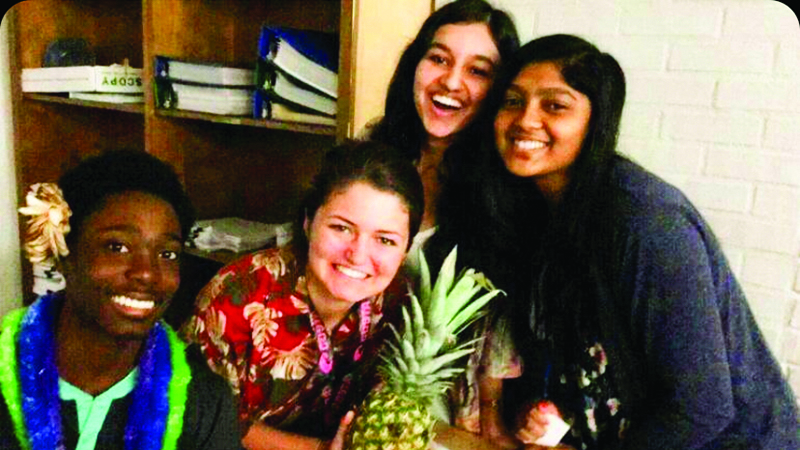 Pictured from left to right: Devin Jackson, Catherine Hall, Pakezza Hameed and Puja Roy. These students of Mayfield posed for a picture during homecoming week.(Photo/Contributed)

“Mr. Mayfield has been a beloved and respected member of the faculty at LaGrange High School since 2002, touching the lives of countless students,” the post said. “His passing will be felt by our students, staff, alumni and community members.”

Angel Greathouse, a LHS teacher for the social studies department, said Mayfield was known for his discussion on a variety of topics.

“Mayfield is known for his discussions on steaks, his louder than life rants, and his teaching skills. He taught me civics in high school, but teaching economics alongside him is where he truly changed my life,” Greathouse said. “As the economics guru, he helped me understand the content better and how to simplify the content for the kids. As my mentor and friend, he gave me confidence in myself as a teacher and always provided wisdom or a laugh when needed.”

Greathouse said she believes some did not understand his humor or his sternness.

“Many didn’t understand his humor or stern exterior, but he would have done anything to the people he loved. His snoring at the most inappropriate times, chuckle, hilarious commentary, yelling, “hello” and loving personality will never be forgotten,” Greathouse said.

According to his obituary, Mayfield’s funeral service will be held on Saturday at 2 p.m. at the Chapel of Langley Funeral Home. He is survived by his parents, Marcus Lloyd Mayfield Sr. and Nancy P. Mayfield, of Dadeville.

Marc loved to cook for his friends, especially at tailgating parties. He enjoyed attending many sporting events but most of all loved to cheer on his beloved Auburn Tigers, according to his obit.

Marc had a special place in his heart for his mother, whom he loved dearly. He was preceded in death by his grandparents, Charlie Lloyd Mayfield and Gladys Hilyer Mayfield and James Bentley Pitts and Betty McDaniel Pitts.”

Blackwell and Slay had one final message for their friend, Mr. Mayfield. 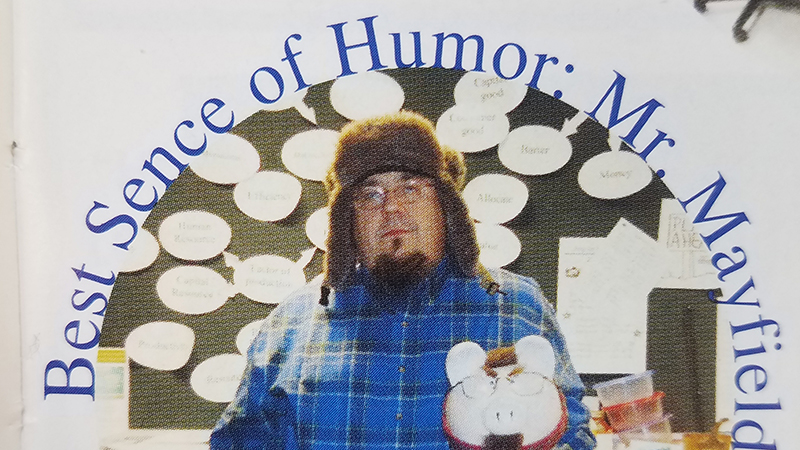 Pictured above is Marcus Mayfield in a LaGrange High School yearbook. This year he won best sense of humor. (Photo/Contributed)