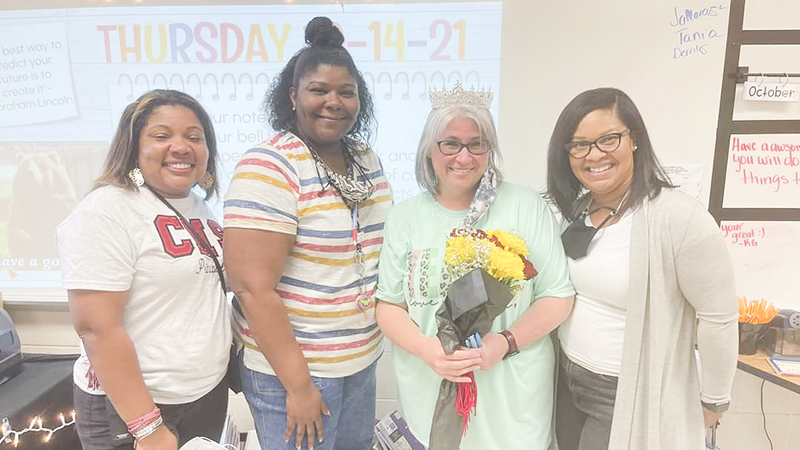 While she started in elementary school, residents of Troup County will not find Christina Wicklund surrounded by toddlers anymore. Instead, she is Callaway Middle School’s co-Teacher of the Year where she teaches social studies for the sixth grade. Wicklund said she does not regret making the change to the older level.

“I taught kindergarten for all of the years before I taught middle school. I love middle school,” Wicklund said.

“I don’t think I would go back to elementary [school.] I really like this age.”

When asked, Wicklund said she changed the change because of her needing a change of pace and her daughter getting older.

Wicklund loves to go to the theatre and went to see Dear Evan Hansen with her daughter at the Fox in Atlanta. She said it helps her relate to her students.

“We saw it at the Fox when my daughter was in eighth grade,” Wicklund said.

“You can tell a lot of times as to when [kids] are going through something. By watching that and seeing some of the things. It’s easy to pick up on little things like that. if you know what to look for.”

Wicklund said she makes sure her students know that she will be there for them and that they can send her an email much like Evan does in the musical.

“I tell them that they can email me anytime. If something’s going on, email me,” Wicklund said.

“I’ve opened up [and] told them: if you want to talk about something, I’m here.I’ll listen to you.”

Wicklund said her entire family was excited for her to get the nomination and that her mom cried when she learned the news. Her sister and brother always felt she was going to get it.

“They were really excited. My mom cried like mom’s do. My sister and my brother were like, ‘We knew one day you would get it,’” Wicklund said. “They come in all the time and tell me how proud they are of me.”