Grangers boys work to get momentum in regular season finale 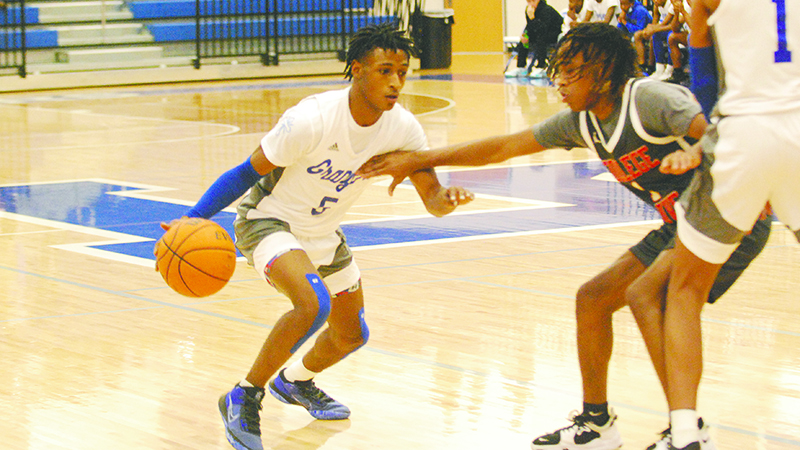 The LaGrange High School boys basketball team won its final game of the regular season over Hardaway 58-45 on Friday night. It was a duel between the no. 2 and no. 4 teams in 4A region 2 standings. This game had no impact on the final standings in the region, but gave the LaGrange something to build off of heading into the region tournament next week after a heartbreaking loss to Spencer last time out.

The Grangers’ Devin Dowell came to play early as he scored the first two baskets of the game.

LaGrange dominated the first quarter 18-6. The Grangers stingy defense led to some quick buckets in transition and helped establish some offensive rhythm.

“We started off better with more energy tonight and sustained it for most of the first half,” Grangers head coach Mark Veal said.

The Hawks were able to cut the Grangers lead down to five late in the third quarter — the closest the game had been since the first quarter.

“They cut the lead to five because we started turning it over,” Veal said. “We had some good looks. We just weren’t making them.”

Kaleb Salter hit a basket and the foul to help the Grangers regain some momentum. LaGrange ended the quarter on a 5-0 run to reestablish its double-digit lead heading into the fourth quarter.

The Hawks cut the Grangers lead back to single-digits momentarily, but the lead quickly went back up to double-digits. The Grangers kept the Hawks from getting any momentum and closed out the game rather comfortably.

Dowell was not able to replicate his 30-point performance earlier in the week, but still had a team high 12 points for the Grangers.

LaGrange’s next game is the semifinal game in the region tournament next Friday Feb. 18 against Shaw, Carver, or Columbus — pending the results of the first round and quarterfinals.

The semifinal game will take place at Spencer High School in Columbus. Heading into the region tournament, Veal knows his team will have to play better to win the region.

“We have to take care of the ball, that is the main thing right now,” Veal said. “We’re having too many turnovers right now. We had a ton against Spencer, and it was a problem tonight too.”

The Grangers end the regular season with an overall record of 20-5 and a region record of 13-3.

Grangers girls can’t get it going versus Hardaway, see…