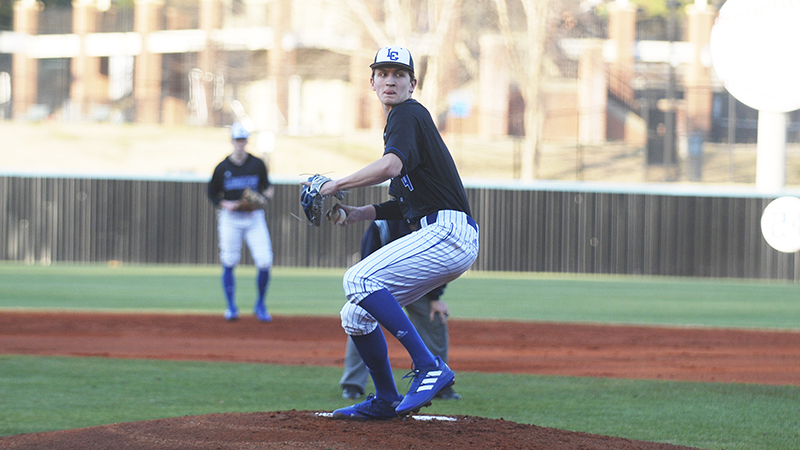 The Grangers got off to a slow start offensively as they went three up and three down in the first inning and only got a runner on in the second because of a player hit by a pitch.

On the flip side, the War Eagles started hot — scoring one run in the first. However, they also left two runners stranded to start the game.

The Grangers offense started to gain a little traction in the third with Preston Pressley getting the Grangers first hit of the game after the second batter of the inning got hit by a pitch. LaGrange put a runner on the board after a wild pitch by the War Eagles but stranded a runner on third with a chance to take the lead.

The Grangers blew the game wide-open in the fourth inning as they scored five runs. The first two runs of the inning were unearned as the War Eagles made mistake after mistake. LaGrange got two extra base hits in the inning with Seth Stargell closing the scoring on a deep shot to center to drive in the teams’ fifth run of the inning.

The Grangers pitching staff shut the door on the War Eagles and did not allow a run over the next five innings. Both coaches rotated pitchers in regularly with no player pitching more than two innings.

LaGrange’s offense kept rolling as it scored another run in the fifth inning to cement a commanding 7-1 lead. The Grangers scored another three runs in the sixth inning — all on wild pitches — as a total of five of their nine runs were unearned. The War Eagles added two consolation runs in the final inning to make the scoreline more respectable.

The stands were nearly full at the beginning of the game, but as the sun set and the wind picked up the bleachers began to empty out with this scrimmage having no impact on the season.

The future of the Grangers baseball team showed up to commandeer the neighboring softball field as little leaguers played some ball next to their older counterparts.

The Grangers are looking to build on a second-round playoff appearance last season. LaGrange finished last season 21-12 overall and 9-3 in the region but finished second in the region standings behind crosstown rival Troup County.

LaGrange’s first game of the season way to Northside High School in Columbus on Feb. 17 at 5:30 p.m.