Athlete of the Week: LaGrange’s Skiff recognized after wrestling performance 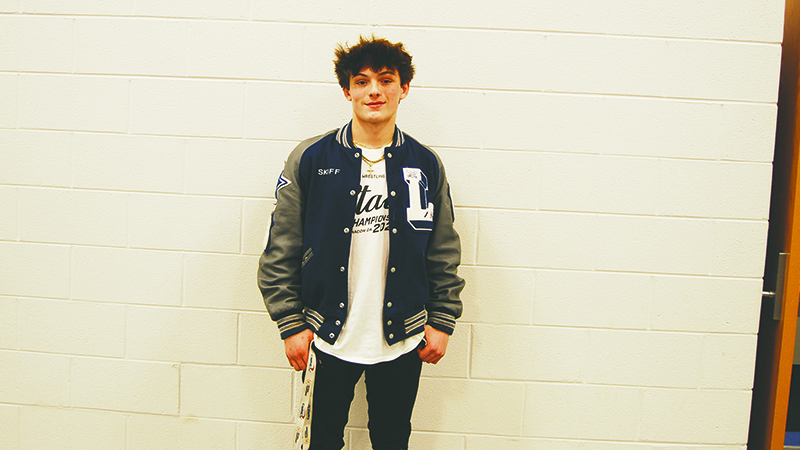 His appearance at the state tournament was the first of his four years wrestling at LaGrange High School, and he was the Grangers sole representative at this year’s traditional state wrestling tournament.

“I was honored truly,” Skiff said. “I’ve been going to this school for four years, I love this school, and I’m sad to see it coming to an end.”

The Grangers baseball team had their season cut short due to COVID-19 in 2020 so Skiff will be looking forward to getting to play a full season two years running.

As much as he enjoys baseball, wrestling has been Skiff’s main focus during his athletic career at LaGrange.

Skiff started wrestling his freshman year on a bet.

“Our old (wrestling) coach Scooter Weathers and my mom were really close good friends and this came about because of a bet on the Georgia-Florida game,” Skiff said. “My mom said if Georgia loses this game then Austin will come out for wrestling.”

Skiff was barely 100 pounds and came out to see what wrestling was all about and realized wrestling could build up his strength and confidence.

“Through wrestling, I have matured, and it’s taught me a lot of life lessons,” Skiff said.

Skiff has been taught many life lessons on the mat but finds the social work he does in his spare time just as rewarding.

He participates in a group called Young Life where young Christians get together, have fun and build relationships around their faith in Jesus. Skiff is also the president of the Service Club; through this he helps the elderly and people with special needs as well as picking up trash around the campus and volunteering at blood drives.

As Skiff’s high school career is coming to an end, he reflected on all the traditions at the school he is going to miss.

“There’s so many, from Blue Crew to march maniacs, which our are football and basketball student sections,” Skiff said. “I’m actually proud to be one of the leaders of the March Maniacs this year, we got to schedule all the themes and make it a great time.”

Beyond traditions and athletics, Skiff is going to miss being a part of the LaGrange High School community.

“I’m going to miss being a big family,” Skiff said with an ear-to-ear grin. “LaGrange as a whole is just a big family, and we all come together to beat the schools across town.”