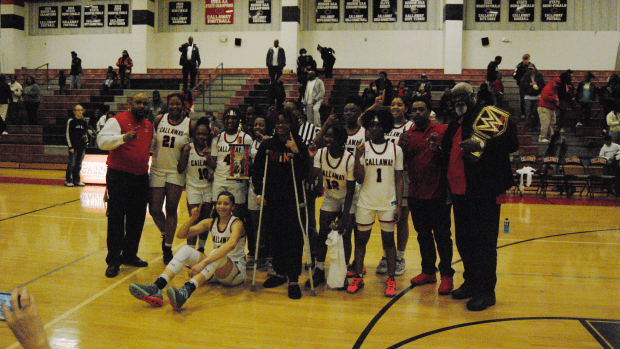 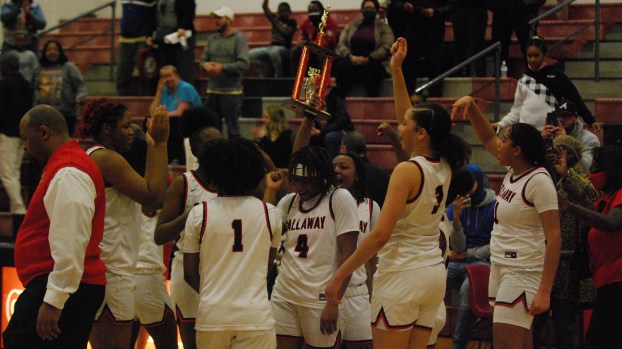 The Callaway girls basketball team beat Heard County 69-47 to secure its second straight region 5-AA championship on Friday. The Cavaliers swept the Braves during the regular season en route to a perfect 8-0 region record. The region tournament was no different as they dominated their way to the championship and a no. 1 seed in the state tournament.

“It’s always awesome to win a region championship right here on our home turf in front of the fans,” Deyano Martin said. “I’m so proud of the girls.”

The Cavaliers started the game on a 7-0 run before stretching their lead up to eight points before the Braves came storming back. The eight-point lead quickly evaporated as the Braves went on a 4-0 run and started to wrestle some of the momentum back. They were able to trim the lead down to two with 2:42 to go in the first quarter, but were never able to tie it up or get the lead until the second quarter.

The Braves tied the game at 21 all with just under six minutes to play in the first half. They quickly turned that tied into their first lead of the game after sinking two free throws from the line. There were three lead changes in the second quarter with neither team establishing any sort of dominance. The Cavaliers were able to take a 29-27 lead into the break.

“We switched defenses and we boxed out and rebounded which limited them to one shot,” Martin said. “We brought defensive intensity.”

The Braves cut the lead to single-digits with 6:30 to play on a 3-pointer, but it was an onslaught of Cavaliers buckets after that. Johnson hit another huge 3-pointer to get the lead back up top 12 and the Cavaliers never looked back. Every shot they made down the stretch sent the home crowd into a frenzy as they knew they were on the cusp of earning another region title.

Things got out of hand in the waning moments of the game as the benches nearly cleared and Martin had to run on the court to calm one of his girls down after a verbal altercation near midcourt; three technical fouls were assessed to Callaway. Minutes later in the game a flagrant-1 was assessed on the Braves as the game got out of hand.

The Cavaliers will host Gordon Central in the first round of the state tournament. The Cavaliers are coming off an Elite Eight appearance last season and have hopes to make it even further this year.

“We’re taking it one game at a time, we’re not even worried about the elite eight,” Martin said. “That’s not our goal, our goal is to win championships.”