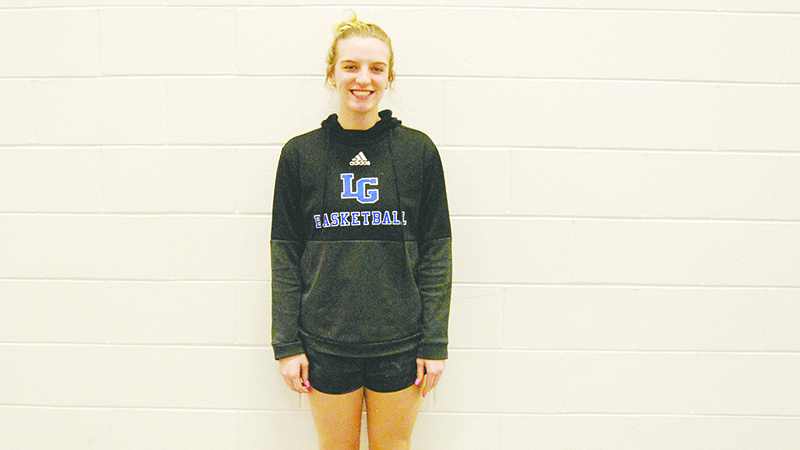 EDITOR’S NOTE: This story is a part of a series on senior student-athletes in Troup County.

She started her high school career at Troup County High but transferred to LaGrange during her sophomore year.

“These two and a half years have made me feel like family even though I came in late,” Bedingfield said.

Unfortunately, this transfer had an impact on her on the volleyball court — her main athletic focus.

“There’s a GHSA rule that you can’t play on varsity for a year after transferring schools,” Bedingfield said. “I had to play JV when all of my friends and everyone I transferred to play with were playing on varsity and that was really hard and one of the reasons I was hesitant to transfer.”

Despite the initial reservations about transferring, she has no regrets as her high school career nears its end.

“I just fit in here, I had more friends here,” Bedingfield said. “It felt right to come here.”

Bedingfield first picked up volleyball her seventh grade year at Long Cane Middle School. Her height led her to tower over all the other middle schoolers and the coaches thought she would be a good fit and encouraged her to try out. This decision would have a monumental impact on the young Bedingfield, but she did not know it yet.

Bedningfield will be announcing her decision about where she will be playing college volleyball in the coming weeks. The two schools vying for her talents are Toccoa Falls and Reinhardt University. She has made her decision but she’s waiting to make a  formal announcement. Regardless of where she ends up taking her talents, she plans to major in secondary education and take a position teaching and coaching volleyball when her collegiate athletic career comes to its conclusion.

Bedingfield took her game to a new level when she started working with Kane Bradfield from Clockwork Performance Training. They started working together a little over a year ago and he’s helped her improve her vertical and strength.

While she has played volleyball across her four years at Troup County and LaGrange, she only started playing basketball and competing in track this season.

She went out for basketball because she was encouraged by head coach Stephen Tuck to give it a go, thinking her height and athleticism could be an asset to the team. Along with support from her friend and fellow senior basketball player, Holly Lynn, she decided to give it a go. Her only regret: she did not join the team sooner.

The basketball season for the Grangers ended last week in heartbreaking fashion, but now Bedingfield is competing in her first track season.

She will be competing in the high-jump and with practice starting earlier this week it has been quite the leap of faith.

“I’ve never done that before,” Bedingfield said with a laugh. “This is my first week of practice and I’m very sore.”