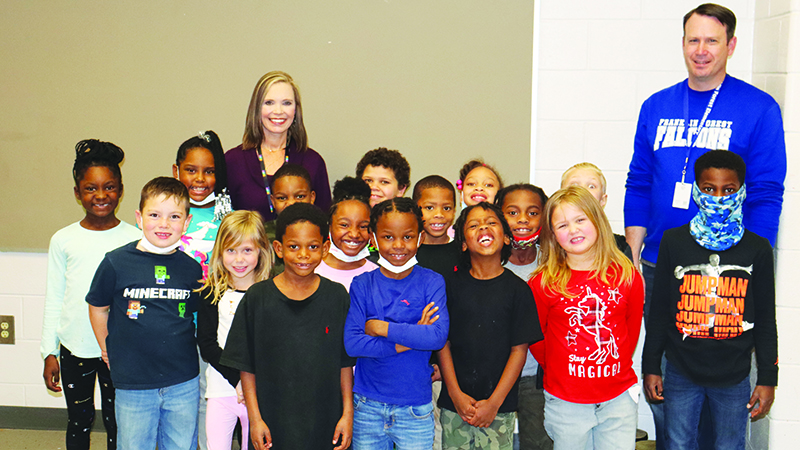 Sabrina Barintine posed with her class during their music class. Everyone gave their biggest smiles for Barintine. (Photo/Iris Hersey)

Editor’s note: this is the final in a series of teachers of the year in Troup County.

If parents were to ask Sabrina Barintine how it feels that she won teacher of the year for Franklin Forest Elementary this year, she might not have an answer.

Instead, she would tell them that every teacher at the school deserves the nomination. She currently teaches first grade, which covers a wide array of subjects like math, social studies and reading.

Barintine said she doesn’t feel like teacher of the year at all, but that every teacher in the county is one due to the pandemic and challenges they’ve faced.

“I don’t know a teacher right now that’s not working their bottoms off,” she said. “It’s not just about the children. It’s about the bond that you make with [them,] and this is a phenomenal school as far as like support.”

Barintine took a moment to thank her administrators at the school and said they have been supportive of her and her students.

“I’ve called them with a lot of things and they support me and that goes within the classroom as well,” Barintine said of the administrators. “They’re just there for us and that means a lot to the children as well.” 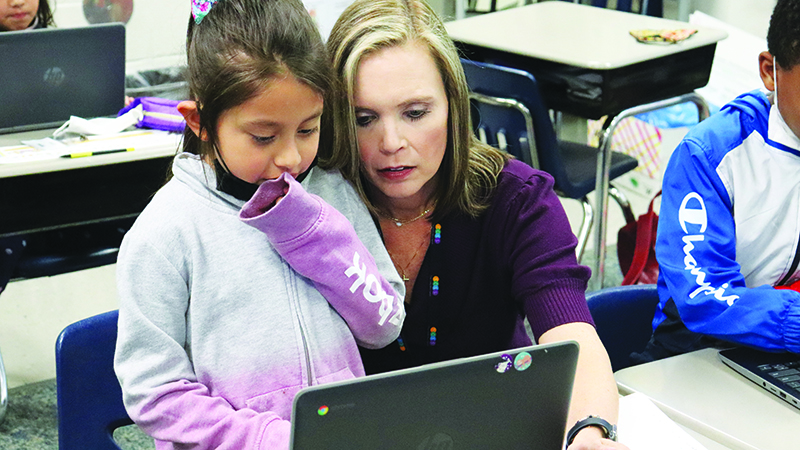 Barintine said she puts an emphasis on language arts as many of the kids need help with reading.

“Our main focus is on the ELA part due to the COVID. They’ve missed a lot of the reading. I like to tell stories like this afternoon for our writing. It was pretend you’re a dog. One day you woke up and you’re a dog,” she said.

She said she loves to tell the stories with as much animation and imagination as she can.

“I told this elaborate story and just kind of played with them. I get animated. I’m a very animated teacher when nobody’s looking. I usually do costumes and things like that,” Barintine said.

“Anything that I can do to bring knowledge to them, something familiar to them [and] something they can relate to.”

She will even put a spin on classic stories like Billy Goats Gruff for her students.

“My version is to tell it with animation. When I get to the troll part and scare them, they love it. I try to teach the moral behind it especially at the beginning of the year,” she said.

Barintine said her children are known for wanting extra hugs and she understands that some may not see education as a priority. She tries to address this with her students through personal stories.

“They want extra hugs, and I told someone in a meeting today, they want the melt hugs, where they just kind of melt into you. They need that,” she said.

“Education is not a priority for some of them, so I try to tell a lot of personal stories about myself [and] hardship stories because we seem to have a lot of that in the classroom.”

Many of her students will remember her well after they had her class. She said there is one fifth grader who always stood out, and she is proud to see her mature and grow.

“It’s a little girl, and I knew from day one in kindergarten that she was going to be in the gifted program, and she was going to go far. She had that maturity, the voice and she just wanted to do it all. She’s accomplishing that,” Barintine said.

Outside of her classroom, she said she loves to exercise and be outdoors or with her grandchildren.

“I love to exercise. I love pilates. We love hiking, anything outdoors. More than anything spending time with my grandchildren, that’s the highlight of my life,” she said.

Barintine wants her students to know they are special and can do anything they set their mind to.

“I want every kid to tap into how special they are and know that even though they have bad things around them that they are responsible for their goals, what they accomplish and when they accomplish it. That’s what I push to my children,” she said.

“I try to tell them they can be anything they want to be. It’s not just a dream. They just have to have that tenacity to do it.” 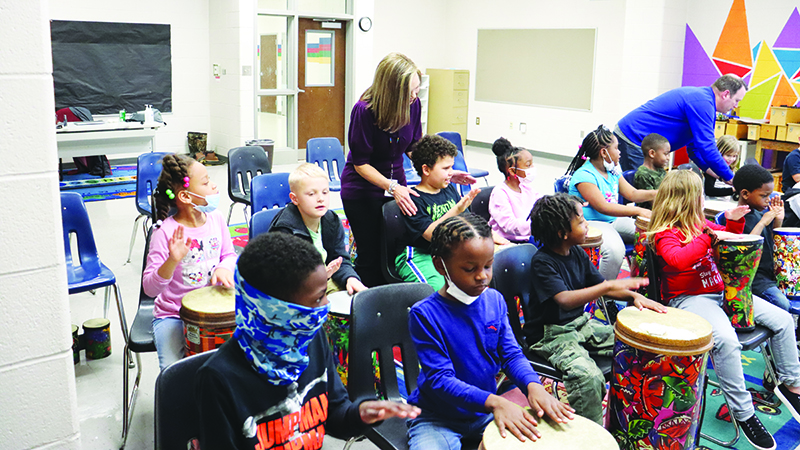 Barintine helped her students with their music class after her teacher of the year interview. (Photo/Iris Hersey)