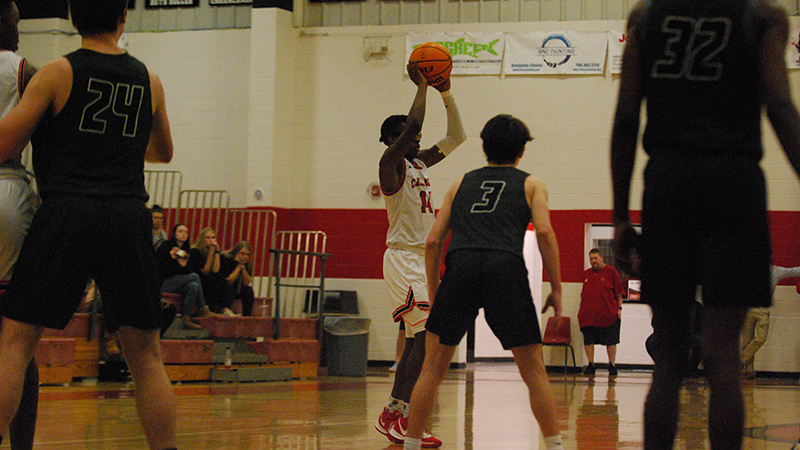 The Callaway boys basketball team was upset on its home court by Coosa 52-48 Wednesday as they saw their season end in the first round of the playoffs. After making the round of 16 in head coach Andre Johnson’s first year, this was a disappointing end to the season for the Cavaliers.

The Cavaliers’ defense got bullied in the first quarter as the Eagles dropped 21 points on them and took a four-point lead into the second quarter.

Callaway’s defense ramped up in the second quarter and only allowed six points, allowing the Cavaliers to crawl back into the game and eventually retake the lead. Callaway was actually able to take a four-point lead into the break as it outscored Coosa by eight in the quarter.

The Cavaliers will rue their missed chances as they shot three of 10 from the line in the second quarter and only five for 13 in the whole game. In a game decided by only a few points, a better day from the free throw line could have seen the Cavaliers prevail in the game.

The Cavaliers trailed by two after the end of the third quarter. The Cavaliers tied the game at 41 only 20 seconds into the fourth quarter, but that was the closest Callaway would get to taking the lead. The Eagles went on a 6-0 ruin late in the game to take a seven-point lead before DeShun Coleman stopped the bleeding with a 3-pointer. Denquavious Terrell cut the lead to two points with 57 seconds left but missed the free throw on the and one opportunity. Coosa made a layup on the next possession.

Coleman was the leading scorer for the Cavaliers with 13 points.