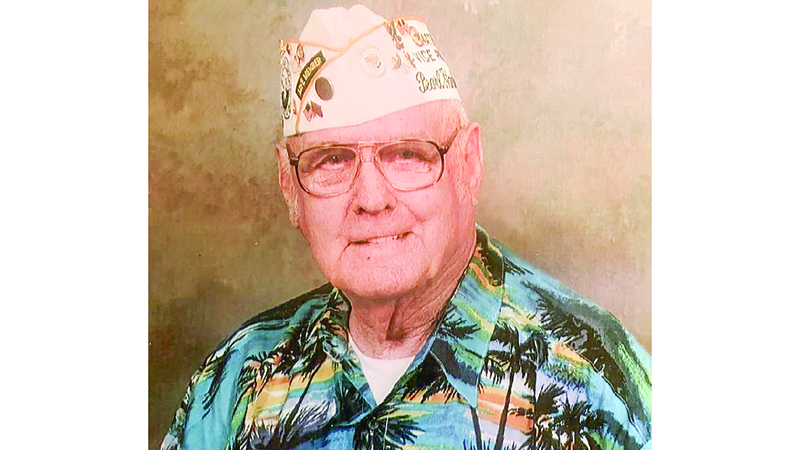 Durward was born in Chipley, Georgia, on June 12, 1921, to the late William Guy Swanson and Arlene Carter Swanson.

He was a veteran of WWII and was stationed at Hickam Air Field / Pearl Harbor on Dec. 7, 1941.

Durward was recognized, along with Albert J. Lloyd, as having taken their tattered barracks flag down later that night. The flag is still on display at Hickam. He was a past President of the Pearl Harbors Survivors Association and was instrumental in helping to get a portion of I-185 that runs through Troup County named as The Pearl Harbor Memorial Highway. He was a member of Pleasant Grove United Methodist Church in LaGrange.

The gathering of family and friends will be from 10-11 a.m. A Celebration of Life Service will be held at Pleasant Grove United Methodist Church with the Rev. Ron Hill and Rev. Rusty Creel officiating. Burial will follow in the Sturdivant Family Cemetery with Military Honors. Flowers will be accepted or donations may be made to Pleasant Grove UMC in memory of Audrey and Durward Swanson.