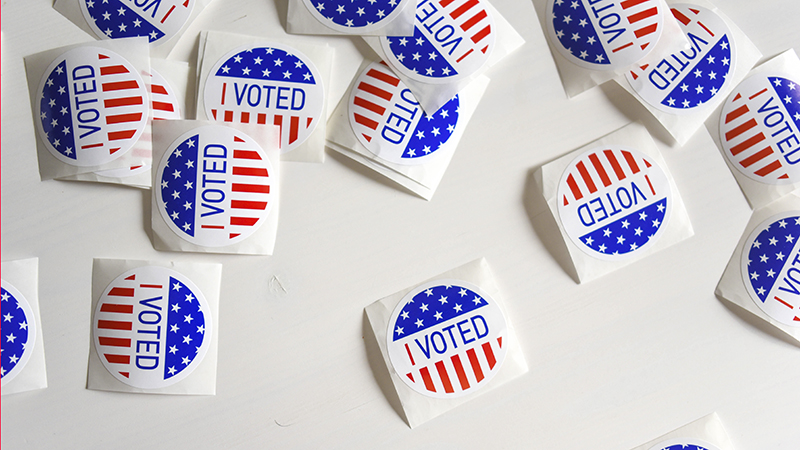 Voting is a notable right that allows citizens to select leaders that have the ability to navigate their agendas and shape the community. However, voter turnout can fluctuate in different communities.

While Troup County particularly saw a high turnout in the 2020 presidential election, it saw a severe downturn in turnout in its last local election in November.

The voter turnout in the District 5 commission run-off between candidates Norma Tucker and Jimmy McCamey might have been record-breaking because it was so poor.  One precinct, Garden Newnan Elementary School, received zero votes despite having 96 eligible voters.

Election Supervisor Andrew Harper noted that many of the registered voters eligible to vote in the initial race in November, when there were five candidates, didn’t participate in the run-off election.

Harper has served as the elections and registration supervisor of Troup County since 2014 and said the turnout was one of, if not the lowest, turnout he has seen. However, such a turnout is not uncommon in local elections, he said.

“A lot of times in a smaller runoff, they don’t come out, but I’ve never seen it this low, I don’t think,” he said. “A lot of people only vote in presidential and large elections, and they don’t care about the small elections, but the small elections affect them more. It depends on the people’s interests and the issue. If it’s not a contested race locally, they just don’t come out very often.”

The next election cornerstone Troup County will face is the primary elections in May 2022 midterm election and then the runoff election in June. All 435 seats in the House of Representatives and 34 of the 100 seats in the Senate will be contested. In Georgia, the seats of Gov. Brian Kemp and Georgia State Representative Randy Nix, who stated earlier this year he would not run for re-election, will be contested.

Elections in general tend to be costly when adding up the cost of voting machine maintenance, campaigning and postage, Harper said. If a person does not vote at least once every four years or, if someone moves and does not update their address prior to an election, the person’s election status is invalidated.

“We spend a lot of money on postage every year [to send off] notices that are required by law [and] to notify voters and to get them to participate,” he said.

While voters have the option to register to vote when applying for a driver’s license with the Department of Driver Services, the Troup County Board of Elections and Registration is still required to send out voting notifications to voters in its system. Voters must notify the board of elections at least 30 days before an election if they have changed addresses.

“We always inform them of every [election,] and we have to document in our system if we get returned mail. That flags our system to state that the voter has moved,” Harper said. “A lot of people opt out of voting [with DDS] because they think they’re already registered to vote. They don’t realize that if they’re address changes, they have to notify us.’

Harper said that there is not a direct reason why people chose to vote, especially if they’re eligible. Currently, Troup County has approximately 45,000 registered voters.

Research performed in 2020 by the Pew Research Center noted that contributing factors of low voter turnout include aspects such as social economic impacts like poverty. Even when voters are legally registered, many may still be torn between political parties or have the “my vote won’t matter” mentality.

Harper, however, noted that voting is still a right for citizens and one of great importance, especially in local elections.