22 Questions in 2022: How busy is the LaGrange-Callaway Airport and how does it drive business? 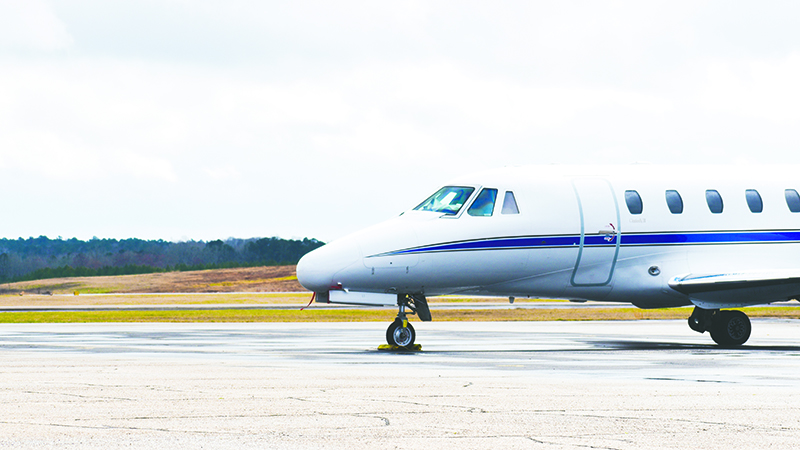 According to preliminary 2019 data from the Georgia Department of Transportation, its annual economic impact is $16,535,400. This is compared to its annual spending budget of $11,269,400.

The LaGrange-Callaway Airport is a public airport three miles southwest of LaGrange and is jointly owned by the city and Troup County. The airport has two runways, Runways 13/31, which is 6,500 feet long, and 03/21, which is 5,001 feet long.

According to GDOT, the airport receives up to 10,557 visitors each year and maintains 125 employees.

In the past, LaGrange-Callaway Airport has hosted many aerial events, including the 43rd Air Race Classic in 2019. The airport also is used for medical purposes. Flight crews, consisting of a pilot, flight nurse and flight paramedic, are on duty seven days a week to respond to the scene of an emergency or to provide transportation between medical facilities. Medical service Air Evac Lifeteam 77 is based in LaGrange. This aerial service offers air medical transportation and ensures access to emergency health care for more remote communities and uses the LaGrange-Callaway airport in its transportation services. LaGrange Callaway Airport is also the host airfield for the local Civil Air Patrol Squadron (GA-153).

Board of Commissioners Chairman Patrick Crews noted that the airport has acted as a catalyst for further intrigue in Troup County and what it has to offer recreation and economy-wise.

“We’re seeing great interest of people in surrounding counties that like our airport [and] like the lower tax of being here in our community,” Crews said. “Our airport is smaller and less crowded compared to areas like Atlanta. People like that less busy runway.”

The majority of sales at the airport are made from selling airport fuel, Crews said. As noted on the airport’s website, it offers offer self-service Phillips 66 AvGas at a discounted price to its customers.

In 2020, the LaGrange-Callaway Airport was the recipient of $69,000 in CARES funds that was used to replace fuel cells in some of its aircrafts.

In the last year, the airport has worked on expanding its runways, giving it the potential to bring in larger planes if needed, Crews said.

“If we can attract planes here, we’re going to sell them fuel and collect taxes on those planes,” he said. “We’ve also seen interest in them building hangers, so we can do some ground leases to attract plane owners to come here and let their plane be part of Troup County.”