22 Questions in 2022: How has The Thread helped Troup County get in shape? 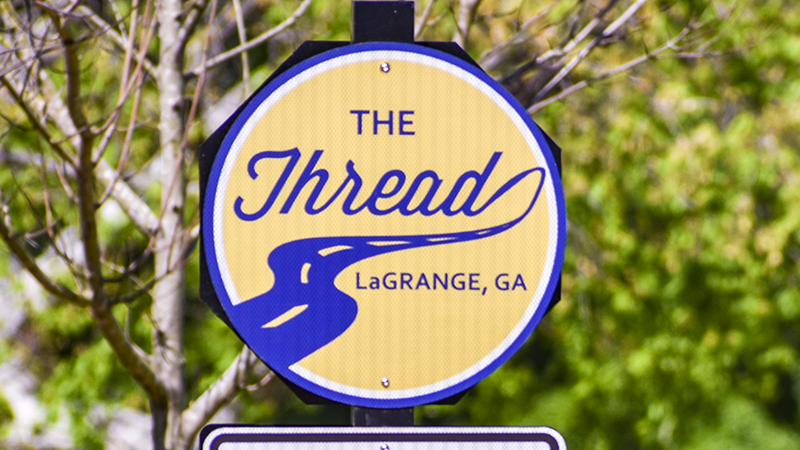 The Thread Trail has made a major impact on the Troup County community over the last five years. People are getting more active, businesses are being built with the trail in mind, and the trail has given a safer place for runners and bikers alike.

“We have a lot of interest in the LaGrange area for developing multi-family, and every single one of them has asked how near to the Thread they are,” project manager Natalie Hale said.

Businesses sprouting up in the community want to be a part of the ever-expanding Thread. Phillip Abbott opened a coffee shop roughly six months ago next to the Thread.

Abbott saw a need for a coffee shop along the Thread and bought the space with somebody else opening a coffee shop there in mind but decided to open the shop with his wife. Business has been largely driven by people using the Thread.

While Abbott has business ties to the Thread, he is also a frequent user — you can often find him on the trail with his whole family.

“I like to walk the dog, take a stroll with the family,” Abbott said. “Before the coffee shop was built, people just did the walks with nowhere to walk to. We wanted to give them a destination.”

While walking on the trail, Abbott sees a diverse crowd, which shows how much the Thread gives back to the community.

“It gives you a good picture of the community, you will see children, families, younger people, older people, individuals, groups of people, professionals, students, people walking their dogs,” Abbott said. “You can see the people using the Thread from the coffee shop.”

The Thread has been used more and more frequently as the various segments begin to connect.

“We have infrared counters built in on the Thread, and one month alone we counted over 30,000 users on the trail,” Hale said.

Kevin Dunn is a frequent trail user and moved to LaGrange back in 2000; this is the first trail of its kind that he has encountered.

“This is the first time I have experienced having a trail so close to my house,” Dunn said.

Dunn regularly slips on his tennis shoes and hits the trail three to four times a week. One of the major draws besides proximity is the safeness of the trail.

“I love the fact that you don’t have to watch out for cars,” Dunn said. “I love that it’s clear, safe and free.”

Dunn looks beyond just his experiences using the trail, he sees it as an integral part of the LaGrange community experience.

“It helps people enjoy the community, it’s a nice environment to see the landscape and water,” Dunn said. “It gives people more to do in their own community.”