22 Questions in 2022: What will planned Oakfuskee center mean for West Point Lake? 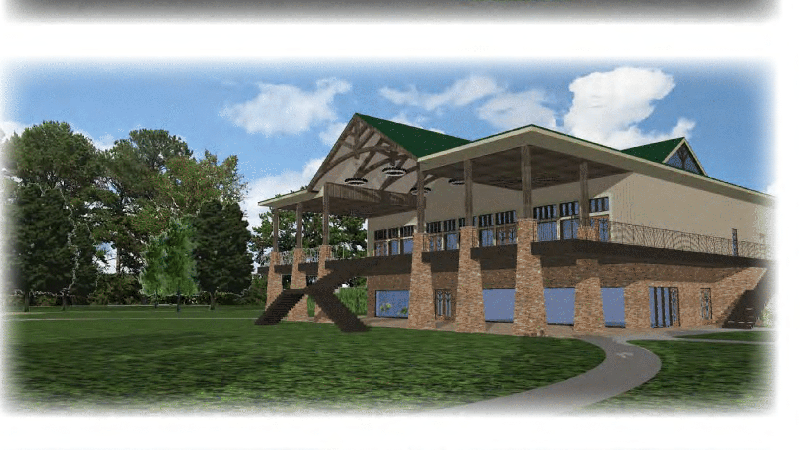 The Oakfuskee Conservation Center already has plenty going for it with its planned 1,865 square feet worth of space, as well as its picturesque view of West Point Lake and Pyne Road Park’s forests mere feet from its front door.

James Anderson, special projects manager for Troup County, notes the center could be a catalyst for economic gain for the area, attracting visitors to not only Pyne Road Park where a multitude of events take place, but to the other cities, parks and businesses Troup County has to offer.

“It’s a nice area for conventions, weddings and corporate events, but it can also act as a hub for events like fishing tournaments. Fishing events are already held at the mega boat ramp at the lake, but they can utilize [the center] for the award ceremony following the tournament. Ultimately, it can bring more people in the county where they’ll stay at our hotels, eat at our restaurants and spend money in town.”

The plans for the center were first revealed in March 2021 and include two levels that can be purposed in several ways. The first level is planned as an event area, complete with a banquet area suited for nearly 350 guests, an outdoor covered banquet area, a grand foyer, offices, a catering kitchen and restrooms. The downstairs basement area will include office and classroom spaces that can be utilized by the school system or for organizations like the Chattahoochee Riverkeeper, an area organization that operates education lake tours for schools.

Nearly a year later, the final renderings for the $6.3 million project have been completed and a local construction company, Sheridan, has been selected to construct the center. The county is hoping to break ground on the project in July following the annual fireworks show held at Pyne Road Park near where the center will be built, Anderson said.

Anderson hopes the center will be fully constructed and operational by October or November 2023.

During the project’s developing stages, he found out that the Oakfuskee tribe had roots in the area and suggested the name for the facility. He also suggested adding a historical section of artifacts into the facility to educate visitors on the Oakfuskee’s tribe’s history.

As work on the Oakfuskee Conservation Center moves forward, the county is continuing to utilize existing resources at Pyne Road Park. The county recently began to renovate many of the hiking trails at Pyne Road Park to make them more suitable for hikes, bike riders and equestrians. The county also invested in over $200,000 in renovations for the park’s 24 campsites at the park.