Grangers stretch win streak to 8 with win over Shaw 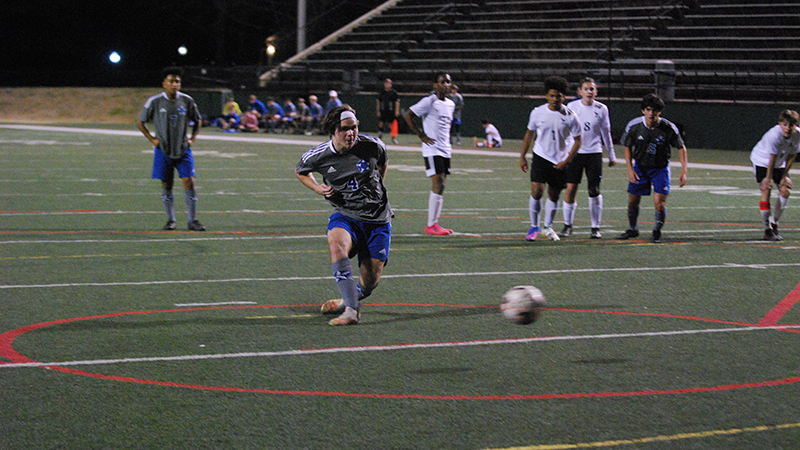 The LaGrange boys soccer team kept the good times rolling with a 10-0 mercy rule victory over Shaw on Wednesday. LaGrange won its eighth game in a row after going 0-1-1 in the first two games.

“This is my fifth year, and we haven’t had an undefeated February until this year,” head coach Shane Pulliam said. “We’re currently ranked 25th in the country for the first time ever for this program.”

Pulliam is happy with the team’s success so far but is not satisfied.

“We just have to keep going because eventually something bad is going to happen,” he said. “I’d rather something bad happen during the regular season than the playoffs.”

The scoring started early when Davis Knight ripped a shot into the upper 90 in the third minute of the game. Knight did not stop there as he capped off a hat trick in the 15th minute. Not content with just scoring, he also provided two assists. Knight is now up to 13 goals and 10 assists on the season.

Despite Knight being the player of the match on the night, Tripp Hollstrom was the engine under the hood as he kept the Grangers connecting from front to back. He did not score a goal despite having five shots on the night but provided a whopping five assists to bring his tally up to 13 on the season, which leads the team.

“I thought Davis (Knight) was really good.Tripp had like five assists,” Pulliam said. ”They are our two leading goal scorers and two leading assist people. They’re having a good season.”

Jan Alvarado bagged himself a couple goals and provided two assists as well as he led the front lines. Andy Patton also scored two goals with Bryce Kuhn, Bo Beall and Andy Patton all scoring a goal each.

“We came out and played with a standard and kept the standard high. We shared the ball and didn’t be selfish, which can happen in games like this,” Pulliam said. “That was better than the last time when we won 6-0 and should have won 10-0. I know that sounds crazy, but we have to play to a standard and not down to the competition.”

Pulliam made changes to the starting 11 to keep his players fresh and get some of the reserve players they will need down the stretch some valuable game time and experience.

Despite the heavy score line in their favor, it was not all sunshine and rainbows for Pulliam.

“I thought our finishing needs to be a bit better,” Pulliam said. “It’s just little things they need to work on like timing, coming to a ball, looking up.”

The Grangers next game is away at Northgate on March 8 before they take on crosstown rival Troup County on March 9. 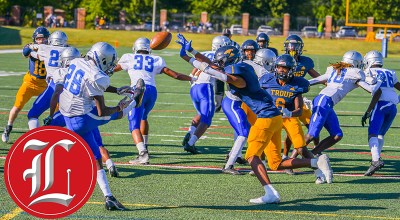