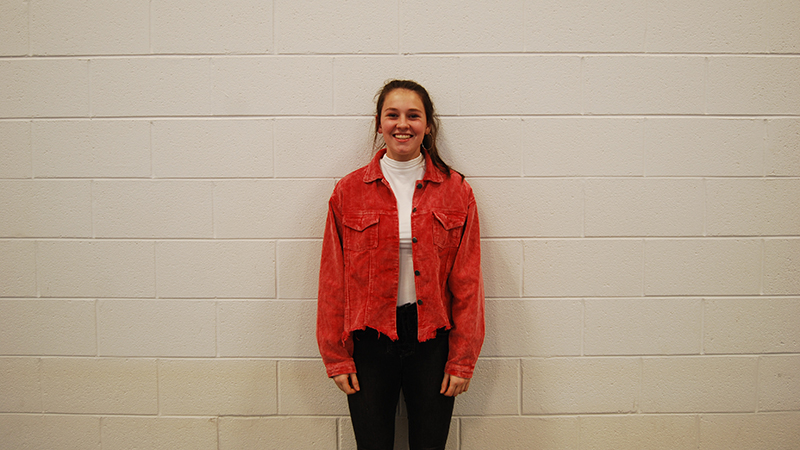 Fresh off a three goal, two assist performance against Carver, Sam Cottle was named The LaGrange Daily News’ athlete of the week.

Cottle is only a sophomore but is already one of the brightest spots on the LaGrange soccer team. She is more than a soccer player though as she plays flag football and golf as well.

“My friend talked me into playing flag football, and it turned out to be really fun,” she said. “I played wide receiver and running back.” My grandpa used to play golf ,so I used to go to The Fields and play with him and it was fun,” Cottle said.

Cottle’s grandfather had a major impact on her life, and she looked up to him growing up.

“He’s just a good role model, he works hard,” she said. “He was an athlete to. He played baseball for the Dodgers.”

Cottle started kicking a round ball back when she was 4 years old because her parents decided to put her in rec soccer. From there, a passion bloomed and Cottle has played soccer ever since.

Cottle loves to score but finds the most satisfying part of playing soccer at LaGrange when the team gets a big win against a tough opponent.

Cottle works with Keita Placide — a former soccer coach at LaGrange High School — in the offseason to improve her game.

When she is not on the soccer pitch for the Grangers, you can find her on the pitch for her club team Peachtree City. She plays striker/forward for both club and school but sees subtle differences in the way the game is played and team chemistry at each level.

“Club soccer is definitely faster, and it’s more competitive,” Cottle said. “In high school, you know more people because you grew up with them in your town.”

Cottle loves being a part of the Granger family through her first year and a half in high school.

“Being a part of Blue Crew is just so fun because everybody comes together and we’re going for the same team,” she said.

Cottle does not have a go-to hype song to get the blood flowing and the energy up before a game, but her dad certainly tries with his “old” music.

“My dad thinks he has a good hype playlist that we’ll listen to in the car, but it’s mostly just older music,” she said.

Outside of athletics Cottle is involved with her church — First Baptist — and is a member of Service Club where she helps the community through cleaning around the community and building beds for the less fortunate among other things. Cottle loves to run in her neighborhood and play with her chocolate lab, Coco.