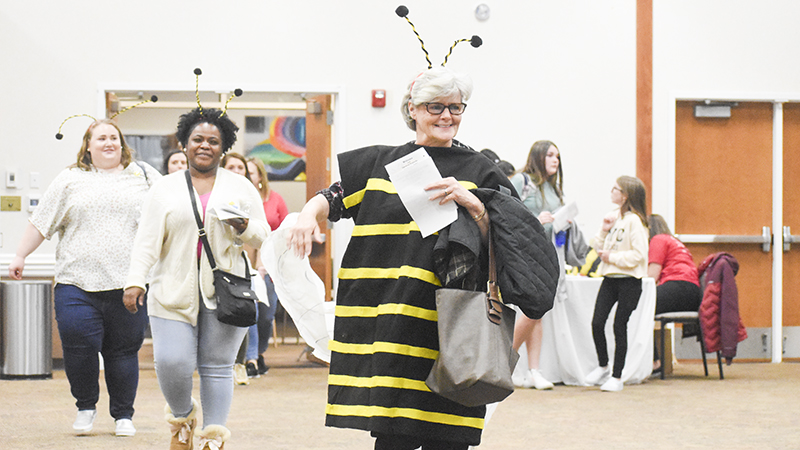 Eleven community and corporate-sponsored teams dug deep into their knowledge banks of famous and lesser-known literary works, magazine and newspaper trivia for the chance to be crowned queen bees for the night.

Diane Harrell, Troup County CLCP’s executive director, said the competition was previously held annually as a traditional spelling bee but was changed in recent years to a trivia competition.

The proceeds from the competition went toward Troup County CLCP’s operations. The organization provides for people going back to school and GED scholarships.

It also works with the school system to prevent students from dropping out, provide dictionaries for third-grade students and maintain the little free libraries in the community.

Two teams were swatted out in the first round. Round two had contestants dropping like flies as eight more teams left from the competition. The third and final round consisted of a five-question lighting-style round between “Busy Serving Bees” and “The Light Brigade.”