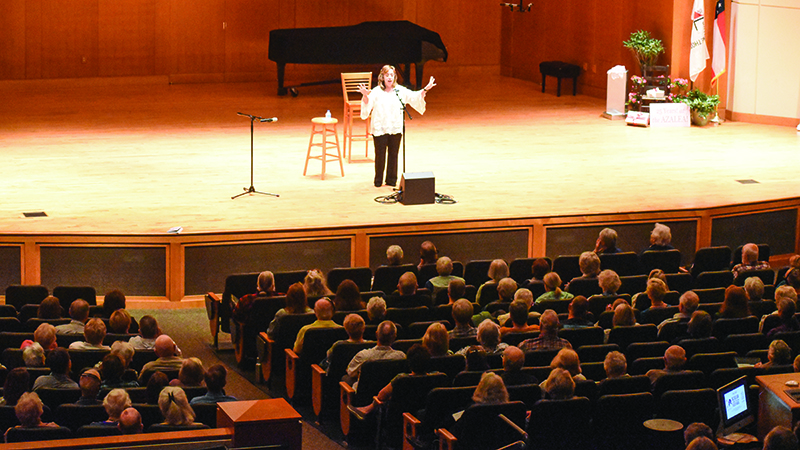 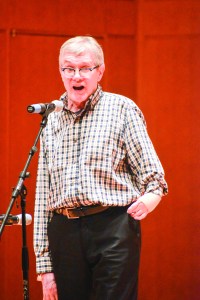 Some of the stories told might one day be as old as time, but even after 25 years, the Azalea Storytelling Festival keeps the laughs and smiles coming.

This past weekend, the festival celebrated its 25th anniversary, and after a pandemic-impacted event in 2021, it also was a return to normalcy.

Cain, who additionally is part of the Azalea Storytelling Festival’s planning committee, said the full weekend was a riveting success.

“It was just so obvious that people wanted to laugh,” Cain remarked Monday. “They were so ready to be there together, to hear stories, to forget everything. You could hear that in the audience.”

Storyteller Stivender acted as the emcee for the event’s first night and told a brief history of the festival in form of a banjo-strung chorus, deterring from the traditional lyrics featured in the program to sum up last year’s event, which was held semi-virtually.

“How can they call this the 25th, wasn’t it the 25th last year?” he sang jokingly. “I wonder if anyone has anything to say about last year? For two dozen years, we watched the stories blossom, then COVID came and spread around the fear. Donald Davis held [down] the fort, but the festival played possum … but this year with the help of the Lafayette Society of the Performing arts, we cry out — Lafayette, we are here.” 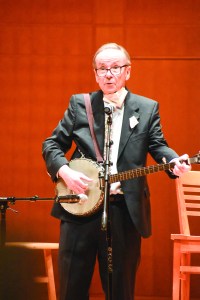 Storyteller Kling acted as the first storyteller, reciting tales of his Minnesota-bound childhood and many of the misadventures he had in his early life. Kling was born with a congenital birth defect that left his left arm shorter than his right one. His right arm was injured in a motorcycle accident earlier in his life and he currently has no movement in it. Kling spoke humorously of his ailment and matched it with some of the events that happened earlier in his life.

“When I was a kid, there were two kinds of fairytales, fairytales that I hated, and fairytales I haven’t heard yet,” he said. “Because it always ended badly for the guy with disabilities. But my grandma would say a story can go any way you want it to go. That’s why they’re called folktales because they change with the people.”

One story his grandmother told him involved the story of a talking, broken pot that would spill water as its handler carried it. When the pot asked its handler why he wouldn’t discard it, the handler said because the spilled water made the flowers along the road bloom, creating a spectacle for the handler during his trip.

“The man said, ‘every day you make my difficult journey easier. I think I’ll keep you,” Kling said.

Cain followed suit and told the story of how she stayed in the Troup County area to pursue her secondary education and how her time at the LaGrange College’s theatre program helped her hone her storytelling skills. 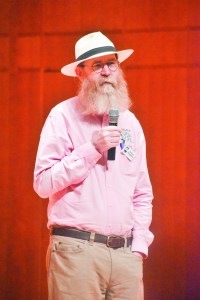 Cain, a Hogansville native who has performed in educational roles such as Rosie the Riveter and Mrs. Claus, spoke about her early college days at the theatre department as she tried to decide what career wanted to pursue. Though she was an education major, her days were filled with short-lived theatrical roles and constant mentorship from her theater professors, Dr.  Max Estes and his wife, Martha Estes.

“While he was always messy, he was perfectly coiffed,” Cain recalled, noting that the couple acted as mentors to her and her fellow theatre students and essentially made the department feel like home for them all. “I didn’t necessarily declare myself a theatre major right off the bat, I just found a place I enjoyed being.”

The featured storytellers rotated their time throughout Saturday’s and Sunday’s sessions, bringing in fresh stories and perspectives throughout the event.

One session garnered as many as 300 visitors, Cain said. Visitors came from LaGrange and other areas of Georgia and states such as Tennessee, Florida, North Carolina South Carolina, Alabama and Mississippi.