LC Softball has another epic comeback in first game of doubleheader 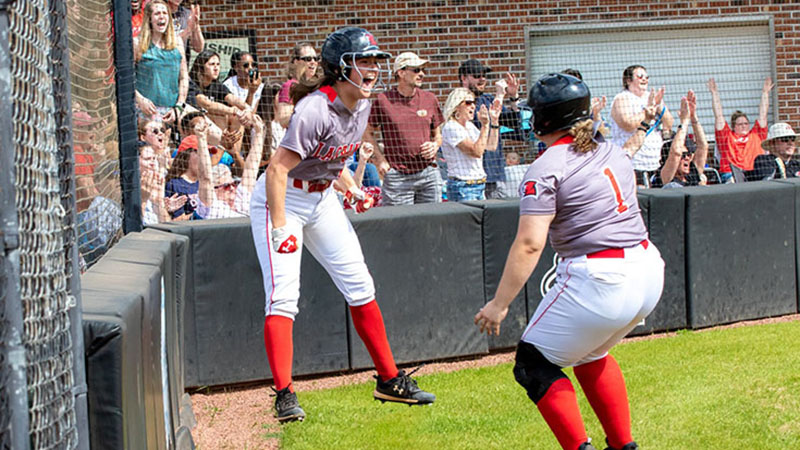 LaGrange split a doubleheader with the Mississippi University for Women on Sunday at the LC Softball Complex. The Panthers (2-7) staged an epic comeback for a 9-8 win in the first game, then the Owls (7-9) used a seventh-inning rally of their own in the second game for a 3-2 win to gain a split.

After rallying from a 9-0 deficit to defeat Agnes Scott 10-9 on Wednesday, the Panthers were at again in Game 1. The Owls built an 8-2 lead after three innings and took that lead into the seventh inning.

Maggie White also walked, forcing in DeLamar to get the Panthers within three. Kenzie Hornsby’s hit to center made it 8-6 and re-loaded the bases for Parker Floyd. Floyd tied the game with a two-run single to right center with Hornsby ending up at third, bringing up Green for the second time in the inning. The sophomore hit a high chopper in the infield and easily beat the throw at first as Hornsby came in with the winning run.

Green had four hits, including a double, and drove in two runs in the game. Gunter had three hits, scored twice, and had two RBIs. Floyd drove in three runs with two hits.

Gardner (2-3) went the distance in the circle for LC. After allowing the eight runs in the first three innings, Gardner gave up just three hits over the final four innings.

MUW’s Rylie Grisham and LC’s Lindsey Swearngin hooked up in a pitcher’s duel in the second game. The game was scoreless through four innings.

The Panthers pushed across a run in the fifth and another in the sixth to go up 2-0. In the fifth, Hornsby reached on a fielder’s choice, took second on a passed ball and moved over to third on a ground out. Kaitlin Redman doubled to the wall in left field to drive in Hornsby with the first run of the game.

The Panthers picked up an unearned run in the sixth. Gunter had a one-out single and eventually scored on a throwing error to up the Panthers’ lead to 2-0.

MUW staged its own seventh inning comeback with three runs to take a 3-2 lead. Anna Sandlin’s sacrifice fly broke a 2-2 tie to put the Owls ahead. Floyd led off the Panthers’ half of the seventh with a double to right center. Grisham retired the next three batters to strand Floyd.

The Panthers host St. john Fisher (N.Y.) on Tuesday in a doubleheader beginning at 4 p.m.