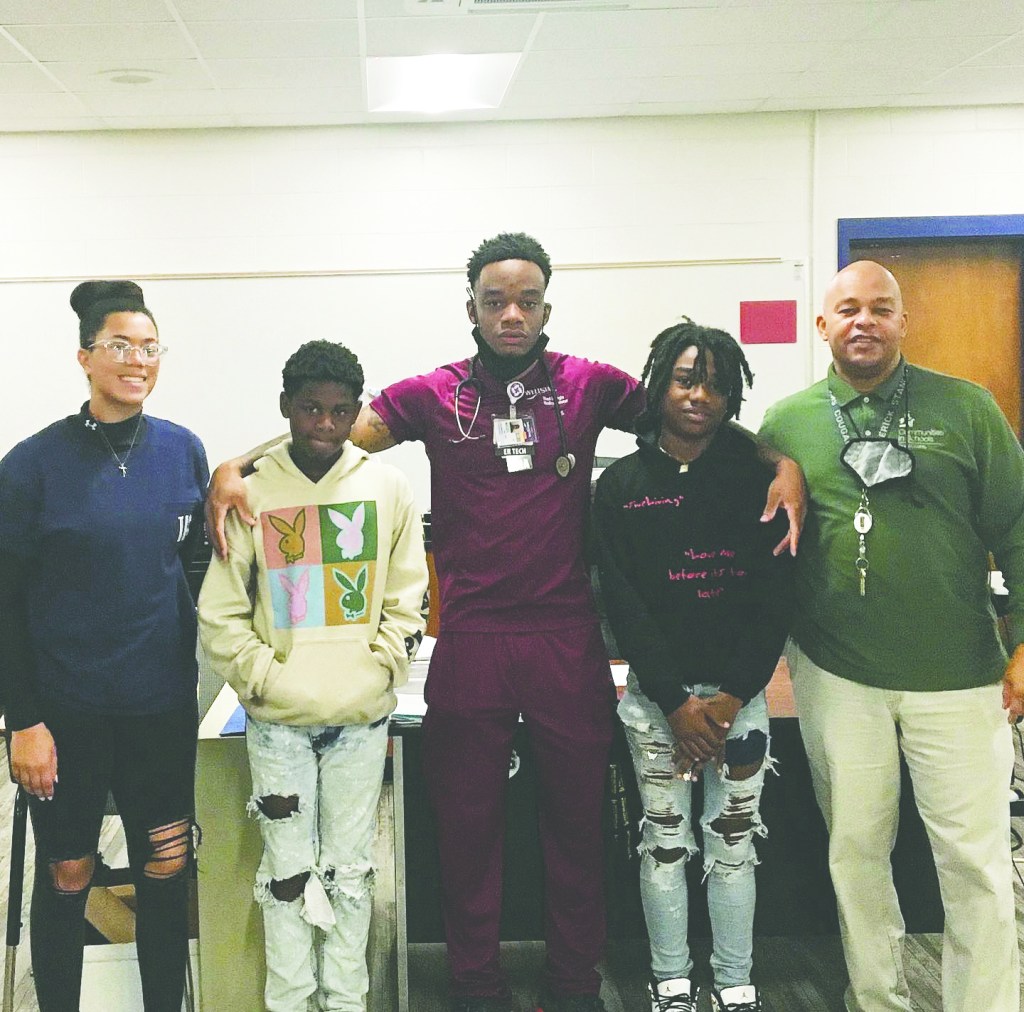 Nigel King admits he wasn’t the best student in school, which is part of the reason he cherished a recent opportunity to talk to a small group of students at Long Cane Middle School.

King, who graduated from Callaway High School in 2018, is now a nursing assistant and emergency department technician working at WellStar West Georgia Medical Center. He wants students to know that they can achieve anything they put their mind to — even if they might’ve not been the best student to this point.

“I was that behavioral child. I used to always get written up, not because I was fighting, and not following directions,” King said. “The teacher would tell to me stop, and I’d go. They’d say it’s red, and I’d say it’s green.”

King, who spoke through the Communities in Schools Program, said he told students it’s not where you start, it’s where you finish.

“Always be your true self,” King said he told the students.

King said he’d be interested in talking to students again, if given the opportunity.

“I just really want to leave an impact,” he said.