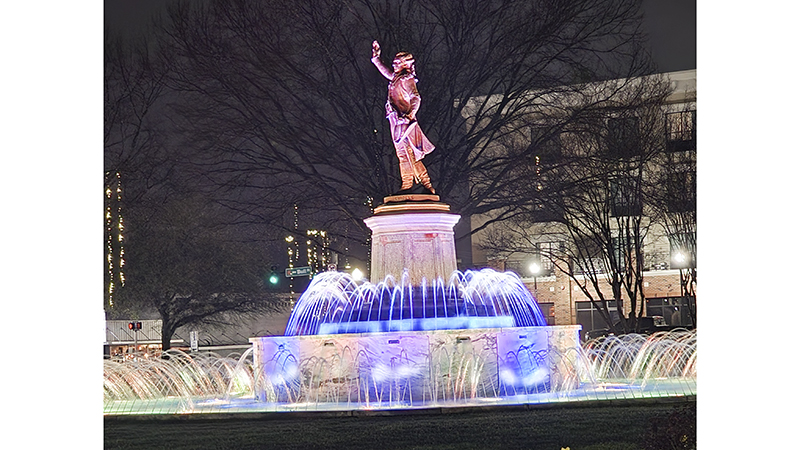 Anyone driving by Lafayette Square in downtown LaGrange this week may notice that the square’s water fountain is glowing blue and yellow in support of Ukraine.

For the past week, the color-changing LED lights at the Lafayette water fountain have highlighted Ukraine’s colors.

LaGrange Mayor Jim Thornton thought the city should show its support for Ukraine.

Thornton said several local residents also mentioned the idea of doing something to show support for the people of Ukraine as they continue to fight and flee from the Russian invasion that began late last month.

“We have the ability to light the fountain now, and cities all around the world are doing similar things to show solidarity,” Thornton said Wednesday.

The fountain will remain in blue and yellow until the end of this week, said Katie Van Schoor, the city of LaGrange’s marketing/communications manager.

Cities from New York City to Oklahoma City have also lit up their landmarks in blue and yellow. Many U.S.-based corporations have already temporarily suspended their business practices in Russia in solidarity. The water fountain was first reequipped with color-changing lights in early 2021 as part of a series of repairs the city was pursuing for the fountain.