LaGrange Toyota Invitational was another big hit this past weekend 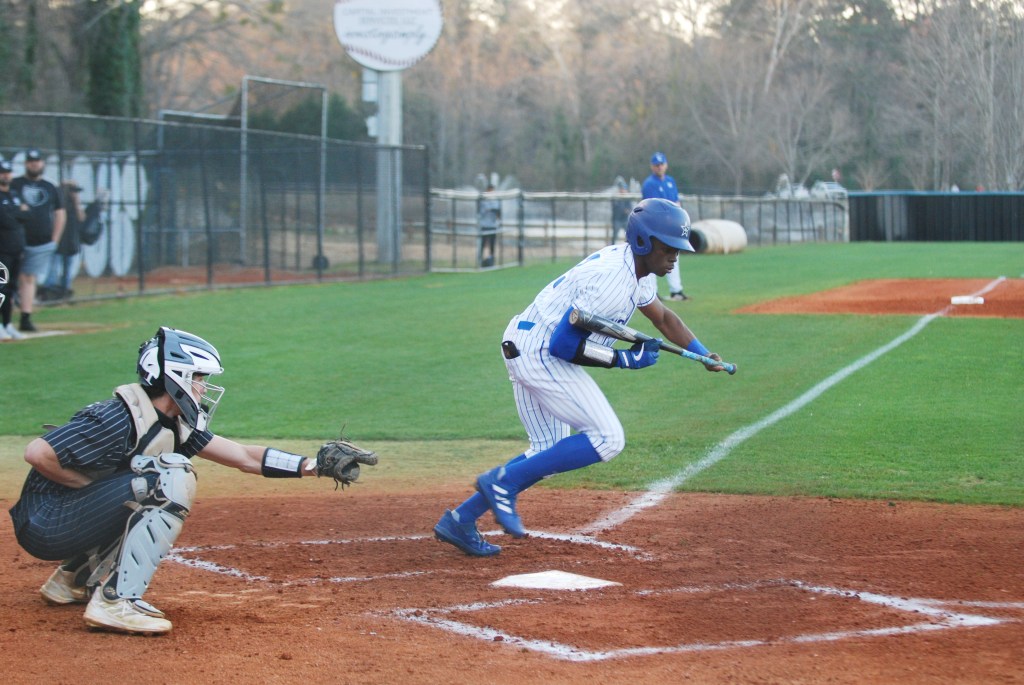 The long-running LaGrange Toyota Invitational went off this past weekend without a hitch.

LaGrange traveled to a tournament in South Carolina in the mid-90’s and Branch had an epiphany: LaGrange could host a tournament like this. LaGrange head coach Donnie Branch pitched the idea to the Grangers baseball boosters in the late-90s and the tournament was formed.

“At the beginning, getting the teams was really hard,” Branch said. “Over the years, we kept modifying the tournament to keep what we liked and now it runs like a machine.”

The tournament really started to take shape when Michael Stogner and LaGrange Toyota stepped up to the plate 18 years ago.

“I was on board immediately. I’m a big fan of [Donnie Branch],” Stogner said. “I donate between $50,000-$100,000 every year to LaGrange High School so sponsoring this tournament was a no brainer.”

With Stogner’s generous donations the tournament has grown larger every year.

“I’ve thrown out the first pitch now for 16 or 17 years, and I get more nervous every year, because the crowds are bigger and there are better teams there,” Stogner said.

The tournament hosts four in-state teams — LaGrange included — and four teams from out of state. Many teams have enjoyed participating in the tournament, so much that they request to come back in subsequent years.

“I sat with the coach’s father from the team from Tampa Jesuit and spoke with him for a long time, and he begged to come back next year,” Stogner said.

This year’s tournament was arguably the biggest and best so far.

The competitive spirit was high for all eight teams involved. Nobody was there as a courtesy, all eight teams had eyes on winning the tournament. LaGrange head athletic trainer Beth Anania was at every game at Granger Park and saw the energy on display.

“All the teams that came in the dugout wanted to win the game and the tournament and they all looked like they’d been there and done it before,” Anania said. “It wasn’t their first rodeo, they all came in with one purpose and that was to win. None of the teams gave up, a team was down five runs in the sixth inning and came back and won.”

Games were not just played at Granger Park though. Point University hosted seven games total on Friday and Saturday. In years past, LaGrange College and Callaway High School hosted games, but scheduling issues left the tournament in a bind until Point University got involved.

“Point University and West Point Park and Rec handled the field and they were outstanding,” Branch said. “They went above and beyond, and we would have been in big trouble because we didn’t have LaGrange College and we didn’t have Callaway.”

With this year’s tournament stretched out over two cities, Booton had a lot on his plate. He had to communicate with the various coaches, Point University, boosters, volunteers, etc. about everything that was going on over the tournament weekend.

“All and al,l it’s a six-month effort for planning from once we select the teams,” Booton said.

This tournament is a great way to display the baseball talent from LaGrange and the southeast, but it is also a way to put the city of LaGrange on display and bring people to the area that otherwise would never have come.

“It’s good for our community. Teams come from all over to stay in our hotels and eat at our restaurants,” Stogner said. “I had so many people thank me Friday and Saturday. It’s a mutual benefit, I enjoy doing it, and it benefits LaGrange too.”

“It’s huge for our school and our town,” Branch said. “It’s a showcase for the city of LaGrange, and we bring some of the best people in the country to our town.”