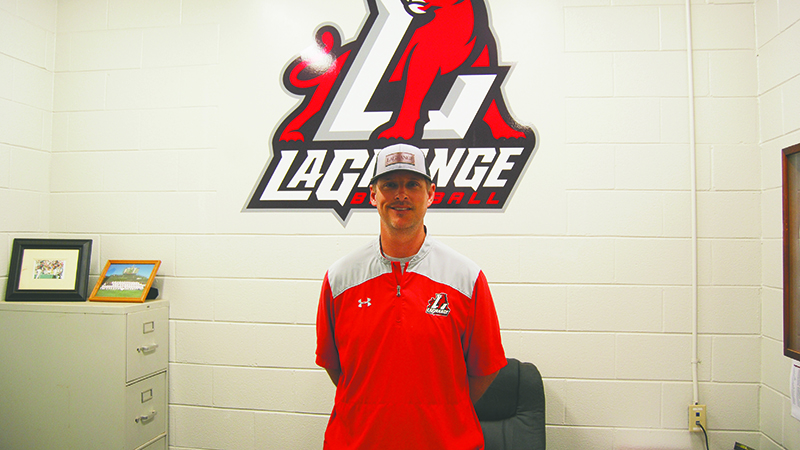 Former Troup County baseball star David Kelton has turned around LaGrange Colleges’ baseball fortunes in his eight seasons as head coach. This season’s team might be his best yet with a record of 12-1 and ranked 15th in the nation in Division-III.

It has been a long and winding road for Kelton to get where he is. His baseball career had humble beginnings at Troup County High School.

“I remember playing with my buddies. We all grew up together playing rec ball, but most importantly they were a real good group of guys,” Kelton said. “We had a really good team and had a lot of fun. [Coach Pitts and Coach Garner] set the standard for me. They held me accountable for how I acted on the field and off the field.”

Kelton was drafted in the second round of the MLB draft after high school and embarked on an eight-year career in the pros.

“It was a grind, a long season,” Kelton said. “The level of competition day in and day out was really tough. It feels like a different lifetime now that I’m so far removed from it.”

Kelton has no regrets about entering the draft directly after high school but does see the benefit of college baseball now that he has been a part of it.

“I see how from a freshman year to a senior year the maturity level changes in guys,” Kelton said. “I would have loved to have been able to have that growth before I stepped into pro ball, but the opportunity was too good for me at that time.”

Kelton did not know what he wanted to do with his post-playing career but knew that he wanted to stay around the game of baseball. One thing he knew he wanted: to come back home. Kelton had been on the road with major and minor league baseball for so long that he longed for an opportunity to return to his home area.

“They presented me with this opportunity here, and I had no idea what would come of it,” Kelton said. “Ultimately, it ended up being the best decision I’ve ever made.”

Kelton has had opportunities to pursue coaching jobs elsewhere, but loves what he and his staff are building here in LaGrange.

“This is home,” he said. “What we’ve been able to build here is special. You’re not always guaranteed to do that somewhere else. For me, I like to build something and then see it through.”

Kelton wants to bring a national championship back to LaGrange and got close in 2017 when his team finished the season ranked no. 3 in the nation. He has fond memories of that team.

“That group helped get us out of that rebuild mode in my first two years, and we had a 40-6 record in 2017 and were ranked no. 1 in the nation at one point,” Kelton said. “It just showed that a small program like we are can accomplish a lot. That ‘17 team put us on the map.”

Every team since then has built on the previous to establish LaGrange College as a baseball powerhouse in the USA South Athletic Conference. He believes this year’s team is special and is talented enough to get LaGrange College to the mountaintop.

“This team has meshed from day one,” Kelton said. “They work extremely hard. We do have a lot of talent, and we do have a lot of older leadership that we’ve been leaning on. We have a lot of guys in the program that have played here for many years and know the standards and expectations.”

“We have to keep fighting [to get a national championship]. We’re close, very close. Hopefully, we have some breaks go our way and when we get the opportunity we have to seize that moment. This team reminds me of some of our other teams that went really deep in the playoffs.”

When Kelton is building a team, he and assistant coach Nick Beamenderfer — who has been with him for all eight years — look for the right kind of individual to recruit and become a Panther.

“Character is number one, we want guys that are going to represent themselves, our program and the institution in a first-class way,” Kelton said. “We want guys that commit to being a team player and are going to play the game extremely hard. If we can get all those components working together we tend to have a really good group in the locker room.”

Senior Spotlight: LCS catcher has been working to add…