Senior Spotlight: LCS catcher has been working to add more power to his swing 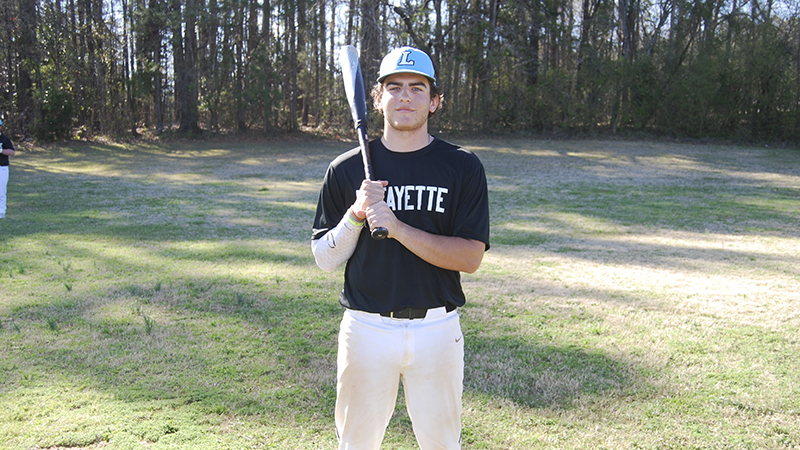 Landon Bush has become a leader for the Lafayette Christian baseball team during his fourth and final season as a Cougar. Bush, the starting catcher for the Cougars, has been swinging a bat at a ball since he was six years old and has stuck with it for the last 11 years because of his love for the game and the love for the coaches he’s had over the years.

“The coaches I’ve had over the years have made me have a love for the game,” Bush said. “Coach Ben (Jackson) is one of the nicest guys I’ve ever met. He’s a great coach.”

Ben Jackson is the head coach of Lafayette Christian’s baseball team and has had a monumental impact on Bush on the field and off of it.

“Coach Ben has taught me how to be a man and helped me grow over the years,” Bush said. “He’s just an all-around great guy to have around and coach the team.”

Bush has seen subtle improvements in his game going into his senior season. He has always been a solid hitter at the plate but never had power to go with it. This year he has added more power to his game and is finding the gaps in the defense more and more.

Bush’s major goal for himself this season is to be a quality leader for the younger guys on the team and help them grow.

“Just coming out here and practicing with guys is a tradition for me,” Bush said. “I’m seeing them every day, and it’s turning into a brotherhood.”

Before a game Bush does not like to have a big pre-game meal, but his playlist led by Lil Baby gives him the energy he needs to feed off of.

When Bush is not on the baseball diamond, you can find him playing pickup basketball with his friends. He often travels down to Columbus on the weekends to get a few games in.

Bush also enjoys working out, which has helped lead to his uptick in power from the plate this year.

Bush plans to major in sports science in college. He does not know if he will get the opportunity to play baseball at the next level. This could be his final season playing organized sports, but he hopes to remain around sports for years to come. Regardless of when his athletic career ends, Bush knows that his life will go on.

“If baseball doesn’t work out, hopefully I will be a good father one day and a great businessman,” Bush said.