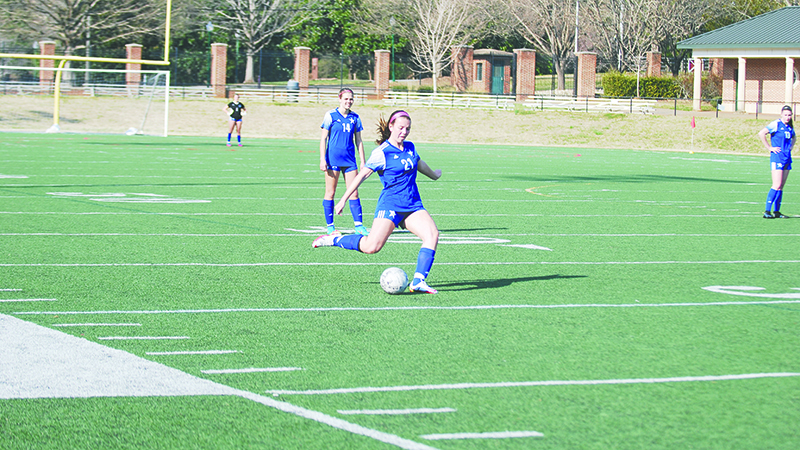 The LaGrange girls soccer team lost 8-1 to McIntosh on Monday. This was a non-region game for the Grangers against one of the best teams in the state.

McIntosh opened the scoring in the eighth minute and added another in the 36th minute to go up 2-0.

The Grangers struck back less than a minute later when Sam Cottle put the ball in the back of the net on an assist from Carlee Roland. The ball bounced around in front of goal on a corner, and Cottle was the quickest to react and buried the chance and send the Grangers into the break only down a goal.

“The first half showed a ton of heart, a ton of resolve,” head coach Jon Callahan said. “When we stuck to the game plan, we tended to frustrate them.”

Unfortunately, the Grangers unraveled to start the second half as McIntosh scored three goals in the opening 10 minutes. Mintosh scored three in a row, capped off by a goal in the 78th minute as the game was expiring.

“It got away from us in the second half,” Callahan said. “Anytime you give up goals like that it’s always going to be a hill too far.”

Emma Maradik stood on her head in goal despite the overwhelming score. She made quality save after quality save to keep the Grangers alive in the first half. She was credited with 12 saves in the match.

“She was very brave,” Callahan said. “Goalkeeping is a funny thing, a lot of times you don’t get anything out of it when you deserve a lot.”

The Grangers drop to 5-9 on the season, but are a perfect 4-0 in region play as they are first in the region standings. LaGrange has a big region game against one of the other two undefeated teams in the region, Spencer, up next on March 16. 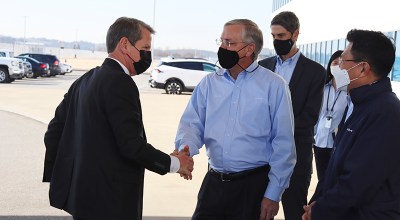