Tucker Starling walks it off for Cavaliers baseball team 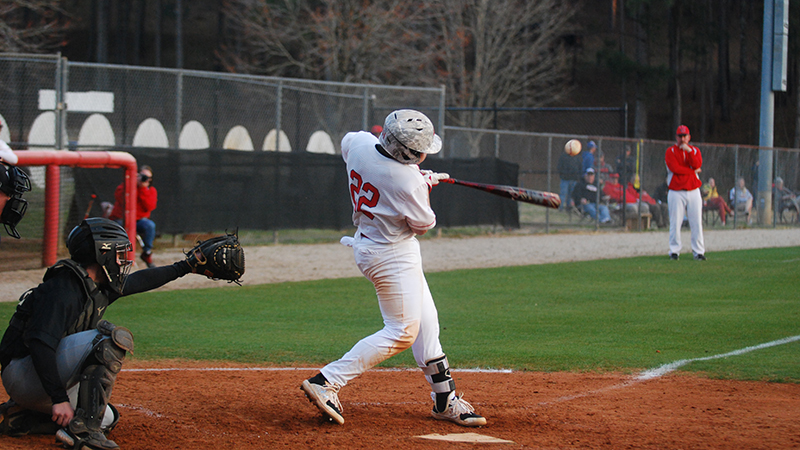 It was a walk off win Monday for Callaway baseball over Temple as they got a 2-1 win in front of the home crowd.

Scoring was hard to come by for both teams, but each team was able to grab a run in the third inning.

Bryce Hubbard drove in Tucker Starling on a single to tie the game up in the bottom of the third inning.

Tucker Starling was the hero for the Cavaliers as he laid down a picture-perfect bunt to drive in Jacob Karvelas in the bottom of the seventh inning to win the game.

Starling was a menace for Temple all night from the plate as he garnered three hits on four at-bats with a run scored and an RBI. The other Cavalier batters could only muster three hits combined between them.

Justin Moore got the start on the mound and put on another clinic as he limited Temple to only three hits. Moore was not credited with any earned runs allowed and struck out nine batters in his six and 2/3rds innings of work.

Hubbard came in to close the game out when Moore reached his pitching limit. Hubbard struck out the final batter and sent the game tied going into the bottom of the seventh.

This was the Cavaliers first region game of the season as they are now 1-0 in the region and 7-3 overall. The Cavaliers have a rematch with Temple on March 18.