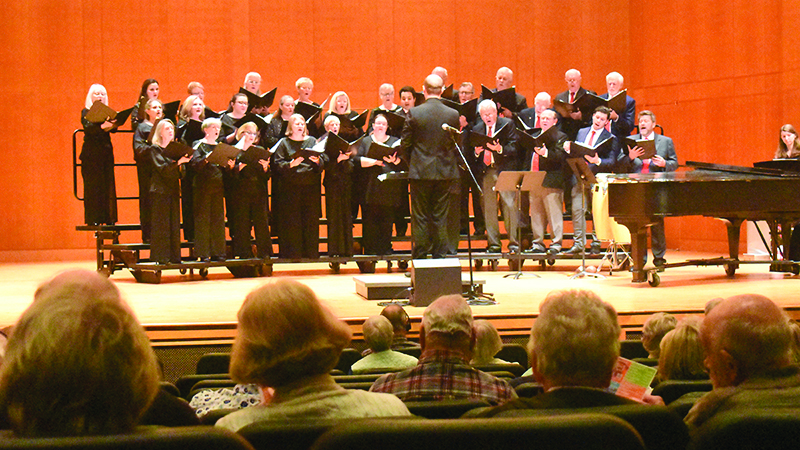 The Choral Society of West Georgia will present its final concert of the season on Sunday, March 20 at 4  p.m. in the First United Methodist Church Sanctuary.

Under the direction of artistic director Bettie Biggs, the concert will feature a variety of music from the society’s past concert performances.

The performances will include the following:

“It’s a real smorgasbord board of music from what we’ve done at previous concerts,” Biggs said.

Carol Cain and Kim Barber-Knoll, who have both performed with the Choral Society as narrators and guest artists, will serve as guest commentators for the event, Biggs said.

Choral Society accompanists Andrew Harry and Eve McKibben will be joined by Sam Lee on violin and Tessa Scanlon on cello.

Point University music professors Bill Fry, saxophonist and Nathaniel Gworeck, percussionist, will perform for the first time together with the choir to round out the afternoon’s remarkable music ensemble.

Tickets are $15  and are available at Plum Southern, at the door or from any member of the Choral Society of West Georgia.

Tickets are also available at www.choralsocietyofwestgeorgia.org