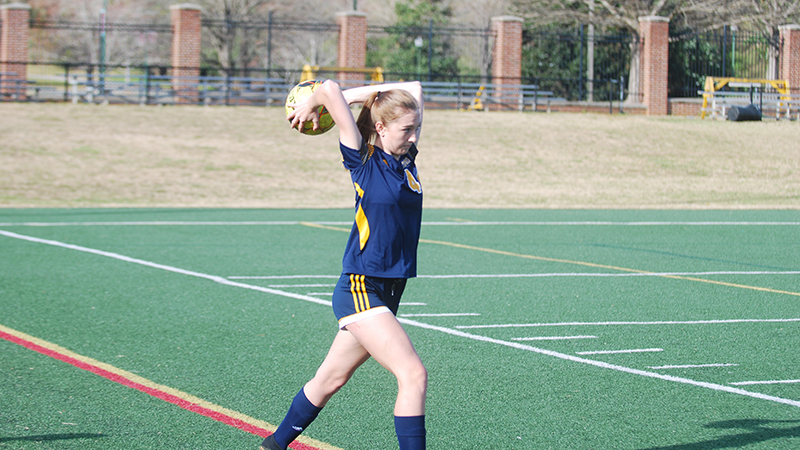 Troup County’s girls soccer team got mercy ruled 10-0 in the 52nd minute of the game against Columbus on Wednesday.

It was not the result the Tigers wanted, but this was a valuable game for a team still learning how to play soccer. Many of the Tigers players have never played soccer before this season.

“We played hard, we didn’t quit, we didn’t get down on each other,” Troup County head coach Eddie Lawson said.

Columbus started the scoring early with five goals in the opening 15 minutes. The first goal was in the third minute and could have been sooner, but Haley Kitchens made a great one-on-one save in the opening minute.

“Our goalie had a heck of a game,” Lawson said. “She’s playing super well for her first year playing soccer.”

Troup County came into the game a little short-handed after participating in an overtime slugfest with Hardaway just two days prior.

“We had a couple starters that were out, but the team played hard,” Lawson said.

This was an important game for the Tigers as a learning experience for the young players.

“It’s a process, we’re building the program and trying to get the program to the level of some of these other schools,” Lawson said. “It’s going to take time, but we’re seeing growth.”

The Tigers dropped to 4-8 on the season and 2-3 in region play. Troup County is away to Carver on March 18.