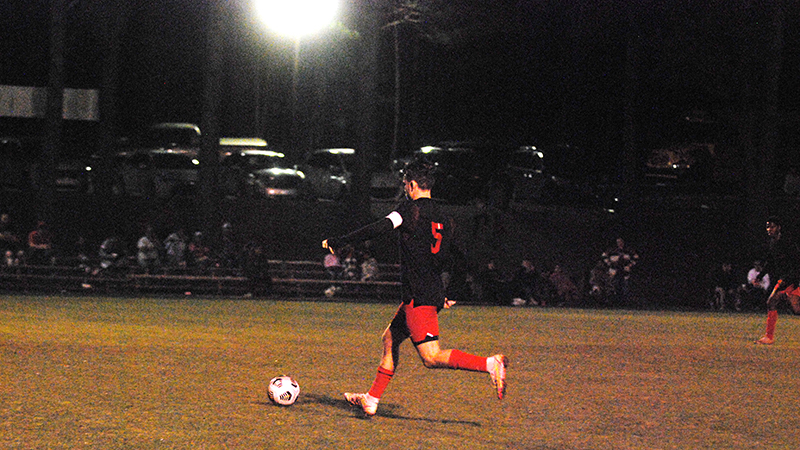 The Callaway boys soccer team earned a 4-1 win over Temple on Thursday night.

Temple actually took a 1-0 lead in the 21st minute, but a goal by Jostin Raymundo restored balance to the game a mere three minutes later.

“Jostin Raymundo was phenomenal tonight,” Cavaliers head coach Mike Petite said. “I told him that’s one of his absolute best performances. We’re going to cut that film up and send it to plenty of colleges who will salivate over what he did tonight.”

The game was tied going into the break, but Connor Davis scored a goal just two minutes out of halftime to give the Cavaliers their first lead on the night.

“Connor Davis and Nelson Herrera just grinded the game out and were everywhere we needed them to be,” Petite said.

Blake Eubanks grabbed a brace late on in the game to put the stamp on a quality performance for the Cavaliers.

Greyson Batchelor and Raymundo each had an assist apiece.

The second half performance was quite the show for the Cavaliers, but the first left a lot to be desired, especially for Petite.

“If we figure out how to have that second half performance in the first half, we’ll put it in a bottle and you and I will be sitting on a beach with an umbrella in our drink,” he said.

The game got chippy in the dying moments as a Callaway player was shown a red card with just over three minutes left in regulation.

“It was an unnecessary red,” Petite said. “It could have been adjudicated with a yellow and a stern admonishment.”

The Cavaliers have locked up second place in the region behind Bremen with a 3-2 region record. There is still one more region game for Callaway, but the Cavaliers are already guaranteed to host a first round game in the state playoffs. The Cavaliers improved to 11-2-1 overall on the season. Callaway’s next game is at Beaugard on March 22.