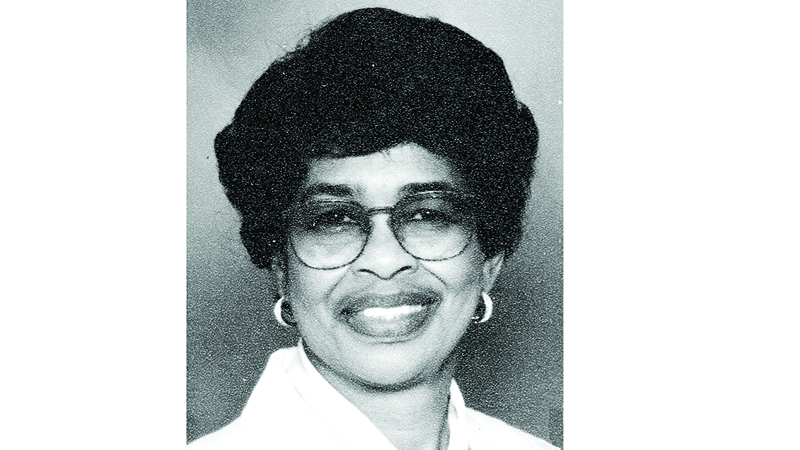 Ruth Sutton McBride was born to the late Annie Curtis Sutton and the late Jessie Sutton, Sr. in Savannah, Georgia. on April 12, 1928.

She died on March 3, 2022, at the age of 93 at her home in East Point, Georgia. Ruth was a musical child who learned to play the piano and often played for school programs. After graduating from Beach High School in Savannah, she enrolled at Georgia State College in Savannah, now Savannah State University where she met Tom McBride, also a student. (His story was that she was “eyeing” him; her story was that she was minding her own business and that he was “eyeing” her.) Whatever the truth, they ended up together and were married June 21, 1949.

Ruth graduated from Savannah State with a Bachelor’s degree in English. From 1949 to 1955, Ruth served as a teacher at Tifton Industrial School in Tifton, Georgia. In December of 1955, she moved with Tom and their 3 children to LaGrange, Georgia and continued her teaching career at Thomastown Elementary School, Kelly Grammar School and LaGrange Boys Junior High School where she was named teacher of the year in 1985.

Ruth retired from teaching at the end of that school year. During her time in LaGrange, she earned her Master’s degree from LaGrange College. In LaGrange, Ruth was a member of the Handicrafters Club and was the first African-American “Pink Lady” volunteer at Troup County Hospital. She founded the LaGrange Chapter of the Links, Inc. and served as its first president from 1979 to 1981. She was also a member of Alpha Kappa Alpha Sorority, Inc. Ruth and Tom moved to East Point, Georgia in 1991 and joined Cascade United Methodist Church where Ruth served as a Communion Steward. Ruth was preceded in death by her husband Tom McBride, her sisters Margaret Denegall, Betty Beach, Dora Luke, and Jessie Mae Fields, and by her brother Jessie Sutton, Jr.