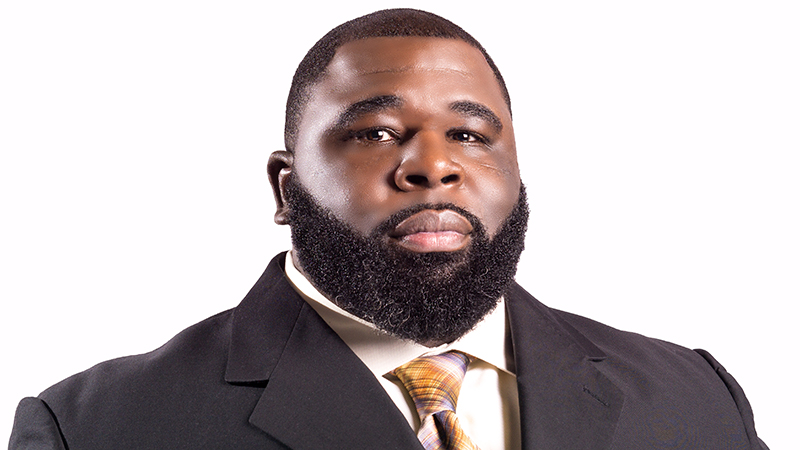 Rob Dicks has been at LaGrange College for over 20 years now. A native of Augusta, Georgia, he has found a new home in west Georgia.

“This is home,” Dicks said. “Everything happens for a reason, and it happened exactly the way it’s supposed to. I’ve had a ton of opportunities to go other places.”

Dicks has more responsibilities than an average athletic trainer because he is the head of the department as well.

“Being a director, I’m in charge of the well-being of all the student athletes and the staff,” Dicks said. “When any of them get sick, they come to me. I’m a counselor sometimes. I’m a jack of all trades. When equipment fails and you have to get fixed on the fly, I do that.”

Dicks is more than just an athletic trainer dealing with injuries, he also has set up organizations around the country for up and coming athletic trainers. He is the head of Ethnic Diversity Advisory Council (EDAC) program in seven states. Dicks is also a mentor to a plethora of individuals from across the United States.

“I’ve been picking them up since early in my career, but in 2019 I started up a mentor group for men only because I saw the need for a lot of young professional men that needed guidance,” he said. “Most of my mentees are women. There are a ton of women in the profession, but men typically have the high-profile jobs. I have about 50 mentees from across the country right now and about 35 are women.”

Dicks started the B.A.N.D group originally for people of color, but it can be joined by members of any race.

“The group is mainly black and brown guys, but I tell people all the time it’s inclusive,” Dicks said. “I saw the need for young black guys and young brown guys to be pushed some, to be guided some, and get them the things they need.”

Dicks is also the associate athletic director at LaGrange College. His responsibilities and role has morphed over the years. When he first arrived at the college, there was only one other athletic trainer with him. He took over as head athletic trainer in 2007 and built and molded the training staff into his image. By 2012, the staff had grown to five trainers.

When helping his student athletes, Dicks has a motto of “Care over Coverage.” This means that he and his staff are there from the time the athlete is injured to the time that the athlete gets back on the field.

Dicks has helped many student athletes return to the field since he embarked on his journey at LaGrange College back in 2001, but two examples stand above the rest.

There was a baseball player a few years back that came to LaGrange College after having shoulder surgery. His injury was not healing properly and went to have an MRI. The doctor told him and Dicks that the player would likely never be able to throw again.

“We worked for six months and it was about halfway through the baseball season before he had full range of motion,” Dicks said. “He was a pitcher and we finally got him back on the mound. His first pitch was about 10 feet high, but he went out there and pitched the whole inning. He and his mother were absolutely delighted.”

The other major rebuilding process that sticks out in Dicks mind is of a former soccer player at LaGrange College.

“There was a kid from Ireland that tore his patella tendon and was in a cast for nine months. When he got here, he had about 30 degrees of flexion, but I worked with him for three months and he played the last two games with 120 degrees of flexion,” he said.

LaGrange College athletics would not be the same without Dicks. He has helped restore student athletes bodies and psyches for over two decades now. Dicks loves coming to work every day.

“I’ve been employed at LaGrange College, but I’ve never been to work,” Dicks said. “I’ve never woken up and said ‘damn, I don’t want to go to work.’”