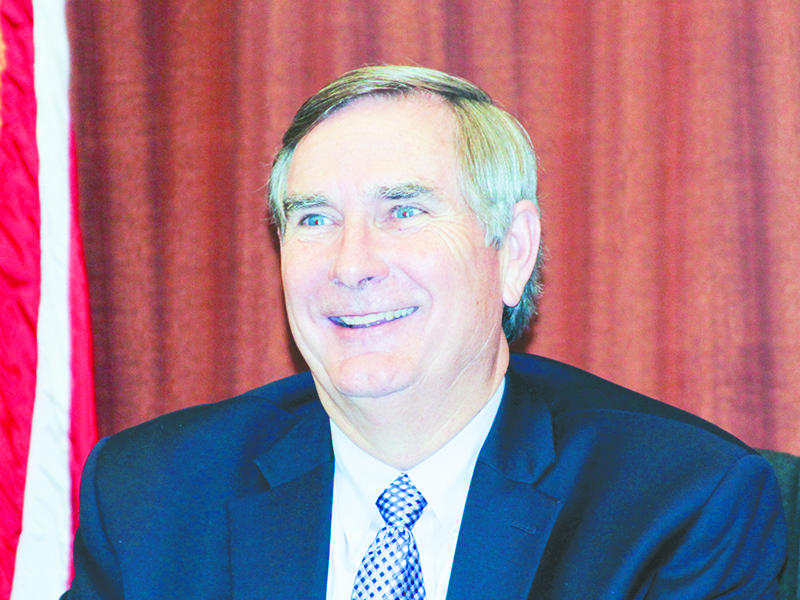 Qualifiers were announced last week for the May 24 Primary election. Among them was current Troup County Board of Commissioner Chairman Patrick Crews, who is seeking to keep his seat for a third term. Crews is being challenged by Phil Nations

Crews said the job has its good and bad days, but that he’s continuing to stick with it because he wants to see what opportunities are still possible for Troup County.

“I enjoy engaging with our citizens and I enjoy speaking with groups of citizens to answer questions,” Crews said.

Crews noted some of the county’s accomplishments during his recent term as chairman, including the construction of the agriculture facility off Pegasus Parkway. Crews said one aspect he’s advocating for is to increase traffic to West Point Lake. One of Crews’ top goals is to see the completion of the Okfuskee Conservation Center at Pyne Road Park, which is expected in late 2023. The $6.3 million event center will overlook West Point Lake and be home to several lake-side events and local tournaments upon its completion.

“[West Point Lake] is a huge resource for the community,” Crew said. “This could attack more people to the lake [and] the community itself.”

Along with the center, the county has been working on making trail improvements around Pyne Road Park, essentially paving the way for more recreational activities to be brought into the area.

Other projects Crews wants to see complete is the soccer field complex project at the former Whitesville Road School property.

“That’s going to be another opportunity to improve the recreation for citizens, hopefully, we’ll be able to start on that project very soon,” he said.

Crews said despite the community’s progress, he’s also noted some of the needs community members are still facing.  Affordable housing continues to be one of the biggest challenges he’s seen, he said, and an issue he hopes to help mend as chairman.

“With all the jobs we have now [and] those we’re looking at with the KIA expansion and Remington, we really need more housing,” Crews said. “We have an opportunity [soon] to meet someone who works with more specialized housing. With that, we’re also looking at water and sewer line expansion projects that could be used to create more development.”