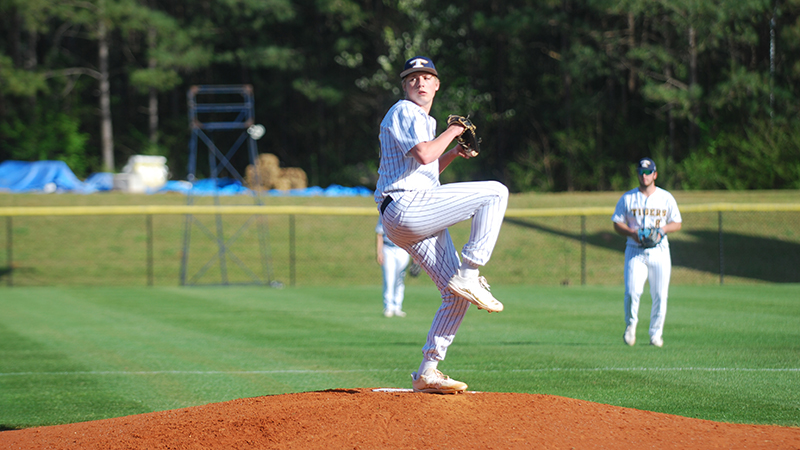 Troup County’s baseball team annihilated Kendrick in both games of a doubleheader on Monday to stretch the Tigers win streak to five games.

The Tigers have outscored teams 71-3 since losing to Columbus on March 11.

The first game was an absolute bludgeoning as the Tigers won 18-0 in just two and a half innings.

The Tigers plated 11 runs in the bottom of the first inning and never looked back.

Mason Atkinson, Reed Morris, Daniel Martin and Jake Richardson all had 2 RBIs in the game. Ty Medders, Devon Murphy, Josh McDonald, and Will Keeter all grabbed an RBI apiece as well.

Brett Haynes also had a good game from the plate, going two for three with a double and a run scored.

Atkinson got the start on the mound and combined to pitch a no-hitter with Fisher Baltzell. Atkinson pitched two innings with five strikeouts while Baltzell pitched an inning and struck out the side.

Despite head coach Tanner Glisson making some changes to the lineup to start the second game, the result was still heavily in the Tigers favor as they routed Kendrick 16-0 in two and a half innings.

Ty Medders was the star of the show as he went three for three with three runs and three RBIs. Atkinson, Martin, and Andrew Townsend all grabbed an RBI each.

Only six of the Tigers 16 runs were earned as it was a comedy of errors from Kendrick in the game.

The Tigers improved to 11-4 overall and 5-1 in the region. Troup County’s next game is a doubleheader today against Hardaway at home.