Grangers put on their rally caps and comeback to beat Columbus 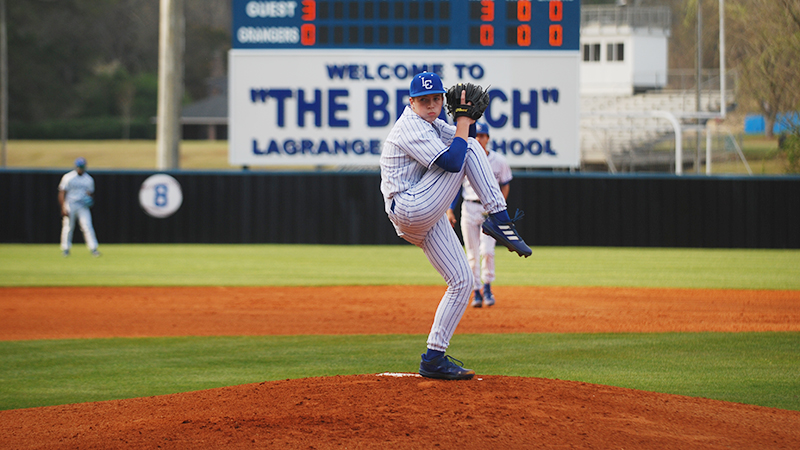 The Grangers pulled off a late rally to beat Columbus 8-6 on Tuesday. With the win, the Grangers winning streak hit seven straight victories.

Columbus got the action started early when they plated three runs in the top of the first inning.

The Grangers did not answer back until the bottom of the third when Gryson Cockrell scored on a passed ball to make it 3-1. This was followed by Robbie Skinner scoring on a wild pitch to make it 3-2 in the same inning.

Columbus scored another three runs in the fifth inning, all on a monster home run, to take a commanding 6-2 lead, but the Grangers were not done fighting.

Trey Cook hit a single to score Cockrell in the bottom of the fifth to cut the Columbus lead to three and make the deficit a bit more manageable going into the final two innings.

The Grangers put on their rally caps in the bottom of the sixth as they scored five runs to take a late lead. It started when Seth Stargell grounded into a fielder’s choice and drove Parker home. An error two batters later allowed Cockrell and Stargell to score and knot the game up at six runs. Colton Esposito proved the hero on the night when he singled to right field and drove in two runs to give the Grangers an 8-6 lead heading into the seventh and final inning.

With runners on first and second in the top of the seventh with one out, Trevor Booton entered the game on the mound and struck out the only two batters he faced to give the Grangers a massive region victory.

Despite Cockrell only getting one hit in the game, he was a pivotal figure on the night as he scored three of the team’s eight runs.

In fact, no Granger batter had more than one hit in the game, but this was mitigated by the fact that Columbus had five errors in the game.

The Grangers are leading Region 2-AAAA by half a game over crosstown rival Troup County. LaGrange is now 13-4 overall and 7-0 in region play. The Grangers have another important battle against no. 3 in the Region 2-AAAA standings Columbus (two games back) on Friday.